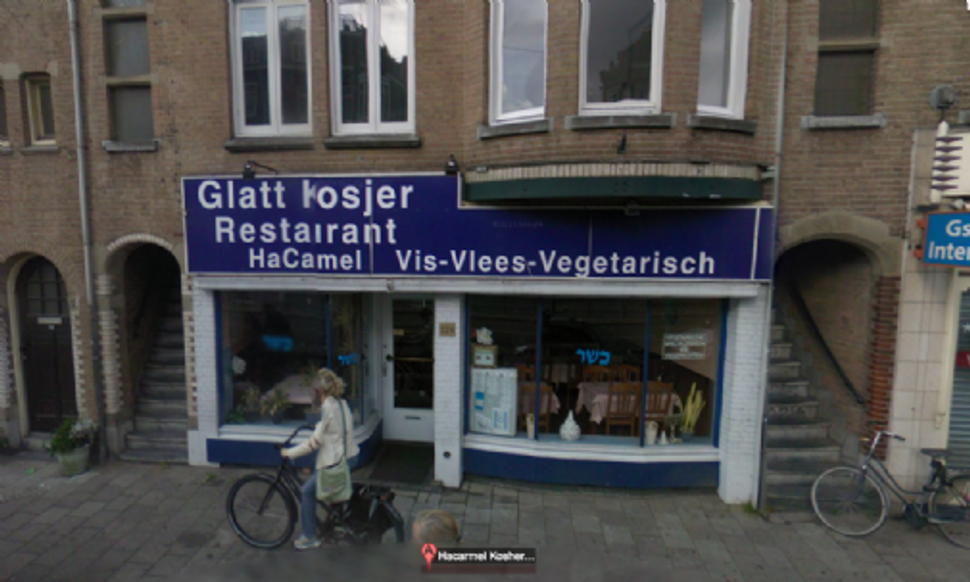 AMSTERDAM (JTA) — A major coalition party in the Netherlands blamed President Trump for an assault against a kosher restaurant by a man carrying a Palestinian flag.

A spokesperson for the left-leaning Democrats 66 party made the accusation Thursday, hours after the assault on the HaCarmel restaurant, which some see as a reaction to Trump’s recognition of Jerusalem as Israel capital on Wednesday.

Reinier van Dantzig, who heads the party’s faction on the Amsterdam city council, wrote on Twitter: “How awful that this happened. It shows how thoughtless statements by the leader of the free world have direct consequences. Let us show clearly that there is no room for intolerance in Amsterdam!”

Herman Loonstein, a Dutch-Jewish leader who heads the Federative Jewish Netherlands group, condemned van Dantzig’s statement as “cowardly and obscene,” adding it was a form of “victim blaming.”

Police said the perpetrator, whom a spokesperson described as a “pro-Palestinian activist,” was a 29-year-old foreigner with a temporary residence permit.

The Organization of Jewish Communities in The Netherlands, or NIK, said in a statement the incident was “nothing less than act of terror.”

Witnesses of the attack, which occurred as passersby and two police officers looked on, said the perpetrator shouted “Allah hu akbar,” Arabic for “Allah is the greatest,” and “Palestine” as he smashed the restaurant’s windows, kicked down its door and took out an Israeli flag from the interior, which he then threw on the sidewalk. The officers arrested him after he returned with the flag.

The restaurant’s employees were inside the restaurant during the attack but no patrons were present as it had not yet opened. No one was injured in the incident, which resulted in hundreds of dollars worth of damage.