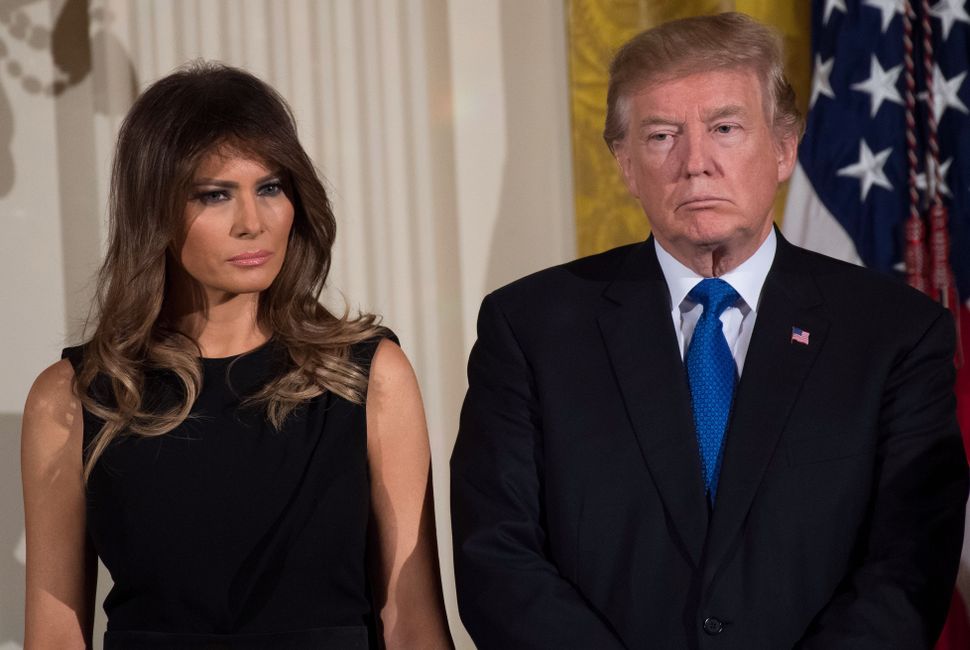 Donald and Melania Trump at a Hannukah reception at the White House on Thursday evening. Image by Getty

This year’s event came one day after Trump formally recognized Jerusalem as Israel’s capital and directed the State Department to prepare for moving the US embassy from Tel Aviv to Jerusalem — a campaign that both he and several former had made but which has remained unimplemented.

“Well, I know for a fact there are a lot of happy people in this room,” he told the dozens of people in attendance Thursday night. He clarified with one word what he meant: “Jerusalem.”

Yet the president devoted most of his speech to conventional Hanukkah greetings, mentioning the “miracle of the Maccabees” and how “they found only enough oil to light the lamp for a single night. ”

That the lamp burned for eight days – the miracle celebrated by Jews around the world on Hannukah, shows “God’s presence in his dwelling place and a symbol of the faith and resilience of the Jewish people. You do have faith and you do have resilience,” Trump said.

Trump was standing by his wife Melania. Beside them was also his daughter Ivanka, his son-in-law and senior adviser Jared Kushner, and his grandchildren, whom he noted, are Jewish.

“I am also proud that my beautiful grandchildren — Arabella, Joseph, and Theodore — have joined us tonight right here as we celebrate with all of you the sacred traditions that they observe each year at home.”

But there were no notable Democrats at the event.