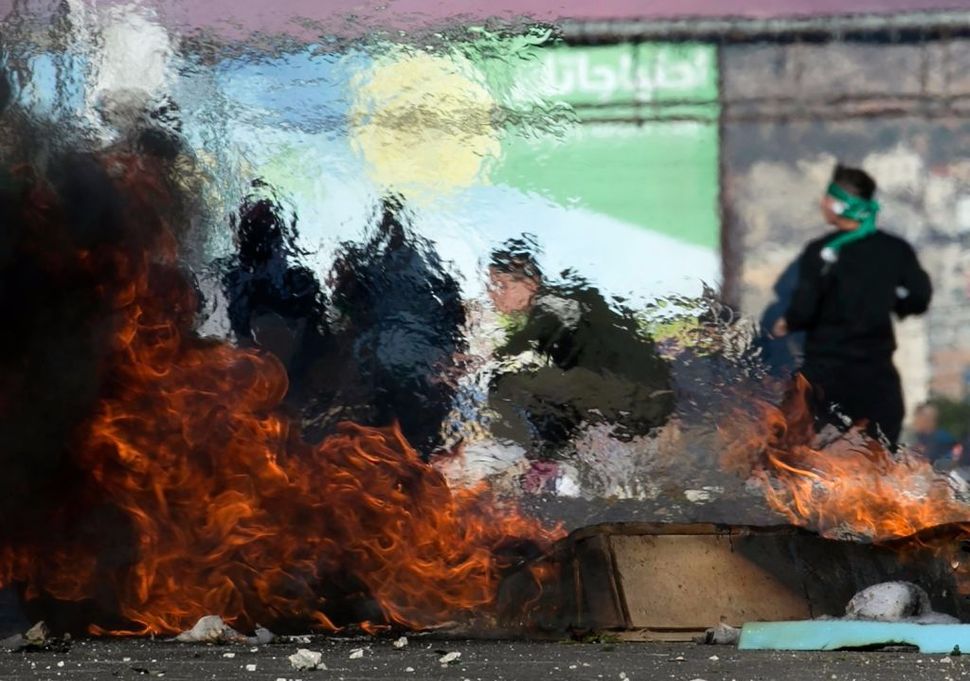 Thousands of Palestinians demonstrated, scores were hurt and at least one killed in clashes with Israeli troops on a “day of rage” on Friday against U.S. President Donald Trump’s recognition of Jerusalem as Israel’s capital.

Across the Arab and Muslim worlds, thousands more demonstrators took to the streets on Friday, the Muslim holy day, expressing solidarity with the Palestinians and outrage at Trump’s reversal of decades of U.S. policy.

Israeli soldiers shot dead a Palestinian man near the Gaza border, the first confirmed death in two days of unrest.

The Israeli army said hundreds of Palestinians were rolling burning tires and throwing rocks at soldiers across the border.

“During the riots IDF soldiers fired selectively towards two main instigators and hits were confirmed,” it said.

More than 80 Palestinians were wounded in the occupied West Bank and Gaza by Israeli live fire and rubber bullets, according to the Palestinian Red Crescent ambulance service. Dozens more suffered from tear gas inhalation. Thirty-one were wounded on Thursday.

As Friday prayers ended at the Al Aqsa mosque in Jerusalem, worshippers made their way toward the walled Old City gates, chanting “Jerusalem is ours, Jerusalem is our capital,” and “We don’t need empty words, we need stones and Kalashnikovs.” Some scuffles broke out between protesters and police.

In Hebron, Bethlehem and Nablus, dozens of Palestinians threw stones at Israeli soldiers who fired back with tear gas.