WATCH: Rabbi And Other Clergy Arrested For ‘Pray-In’ At Susan Collins Maine Office 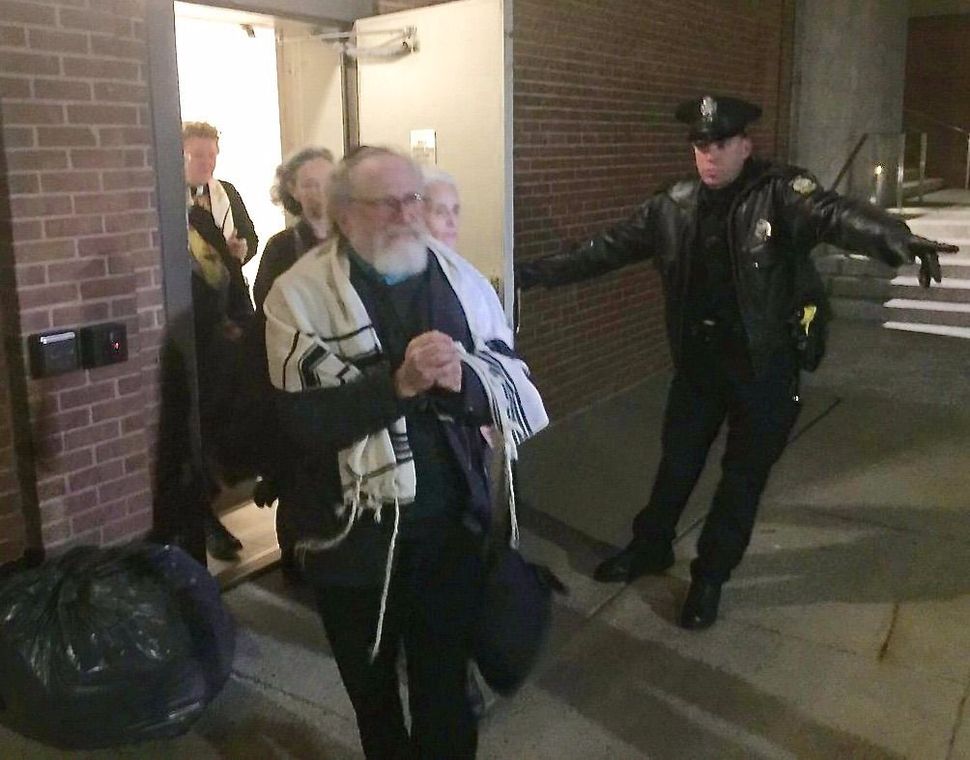 Rabbi Joshua Chasan of Portland, Maine, being led out of the office by a police officer. Image by Getty

Nine faith leaders were arrested after they refused to stop singing “This Little Light Of Mine” in Republican Senator Susan Collins’ office in Maine, the Beacon reported.

The clergy staged a “pray-in” Thursday evening to protest Collins’ support for the Senate tax plan. They were charged with criminal trespass.

Rabbi Joshua Chasan of Portland was arrested along with clergy representing the Unitarian faith and several Christian denominations. Though police cuffed the protesters using zip ties, a local reporter said the officers were being “very polite and friendly.”

Maine religious leaders asking @SenatorCollins to change her vote on the tax bill sing while being arrested at her Portland office.#mepolitics #MoralMaine pic.twitter.com/QuRVLLyKjG


“Our faith calls us to take care of our neighbors. Our faith calls us to do justice, to love kindness, and to walk humbly with God,” said Rev. Allen Ewing-Merrill. “We call on Senator Collins to do the right thing for her constituents and to listen to God’s call at this pivotal moment.”

All nine protesters were released around midnight on $60 bail.

WATCH: Rabbi And Other Clergy Arrested For ‘Pray-In’ At Susan Collins Maine Office