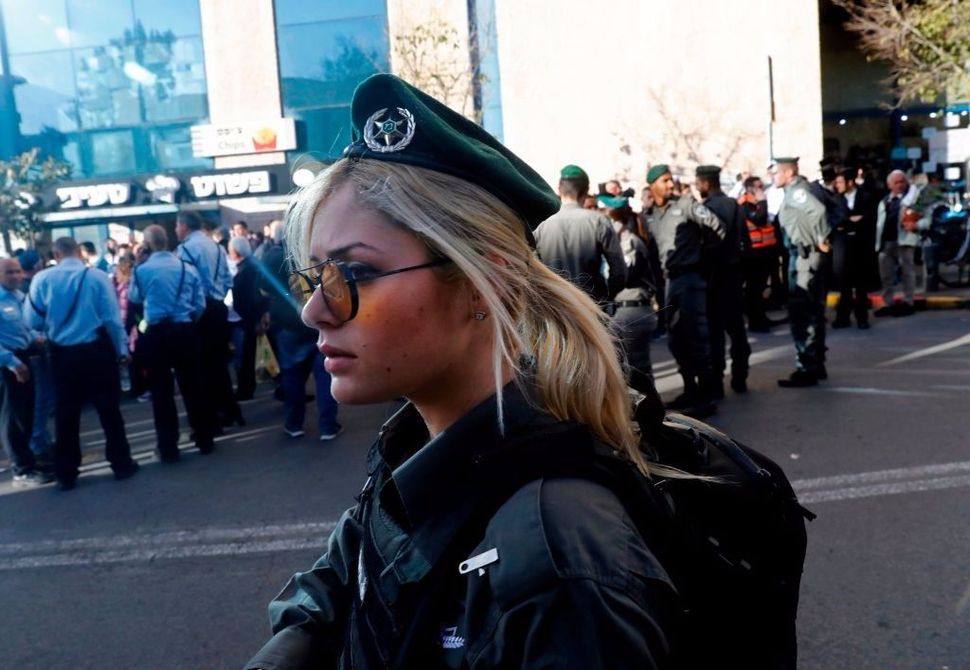 Israeli police secure the central bus station in Jerusalem after a Palestinian stabbed and seriously wounded an Israeli security guard at the site on December 10, 2017. Image by MENAHEM KAHANA/AFP/Getty Images

JERUSALEM (JTA) — A Palestinian man stabbed and seriously injured a security guard in Jerusalem near the city’s central bus station.

The guard was checking people’s belongings so that they could enter the station, which is routine. He reportedly was checking the Palestinian man’s backpack when the terrorist pulled out a knife and stabbed the guard in the chest.

The guard, in his 30s, arrived at Shaare Zedek Medical Center in Jerusalem in critical condition, Haaretz reported.

The terrorist, 24, was chased and tackled by a police officer and civilian bystanders and held until security forces arrested him and took him away for questioning.

The man, from Nablus in the West Bank had a permit which allowed him to work in the seam area of the West Bank but not in Israel, according to the Israel Security Agency, or Shin Bet. He reportedly has no ties to terrorist groups and committed the attack as a lone wolf.

On Saturday evening, he wrote on Facebook: “For Allah, we must boost Jerusalem’s status, restore religion’s glory and sanctify Al-Aqsa, and the blood will flow from us,” Ynet reported.

The attack comes as Palestinians continue to protest against the U.S. recognition of Jerusalem as Israel’s capital.