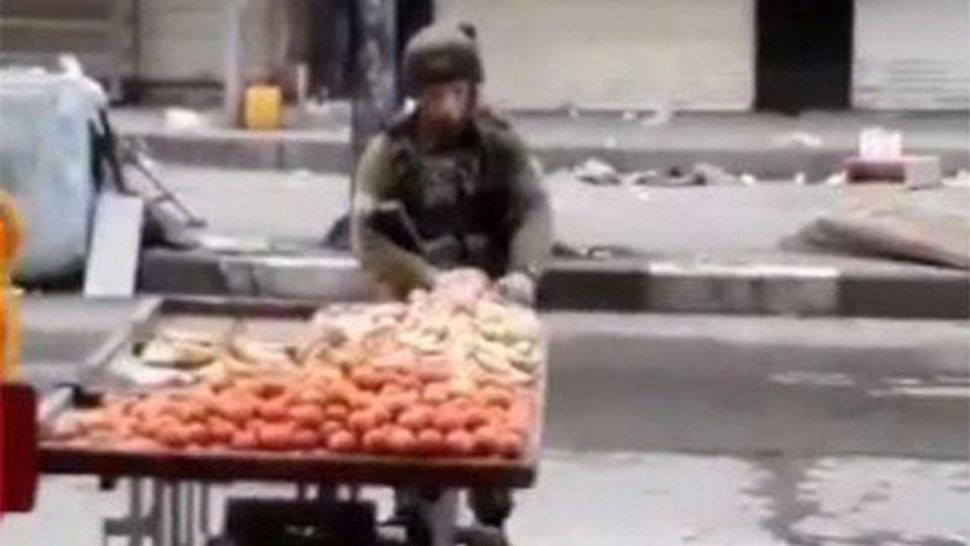 An Israeli Defense Forces officer has been suspended after being filmed stealing from a fruit stand in the West Bank city of Hebron on Saturday.

The video showed the soldier taking apples from a cart that that had been left unattended when the owner hid inside during a violent demonstration. The soldier then distributed it to others in the Givati Brigade.

The IDF said it had taken action in response.

“Today, during operational activity in Hebron, an IDF commander took fruit from a Palestinian’s stand,” the army said in a statement. “The IDF does not condone this behavior. The incident was investigated and the commander was suspended from duty and punished.”

Hundreds of Palestinians took part in violent demonstrations throughout the West Bank on Saturday to protest President Trump’s recognition of Jerusalem as Israel’s capital. Thousands had rioted the day before. The Givati Brigade was in Hebron to protect Jewish neighborhoods of the sharply-divided city.