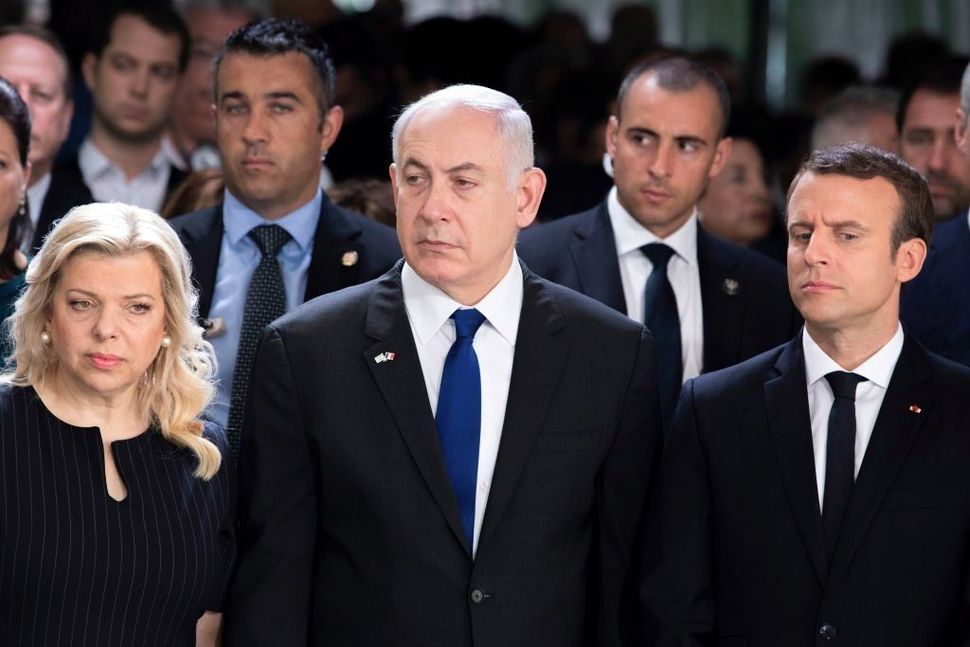 “Erdogan should not preach to us; he bombs Kurdish villages in Turkey, imprisons journalists, helps Iran evade international sanctions and helps terrorists attack innocents in Gaza and other places,” Netanyahu said during a joint news conference with the French president. “This is not the man who is going to lecture us.”

Netanyahu was responding to a speech Erdogan delivered Sunday in the city of Sivas.

“Palestine is an innocent victim… As for Israel, it is a terrorist state, yes, terrorist! We will not abandon Jerusalem to the mercy of a state that kills children,” Erdogan had said.

Macron urged Netanyahu during a joint press conference to “show courage” and make “gestures encouraging peace” toward the Palestinians. He suggested Israel freeze construction in the West Bank and eastern Jerusalem.

Netanyahu said that “the most important thing about peace is to recognize that the other side has the right to exist. I think that is what is holding up the peace between Israel and the Palestinians.” Netanyahu repeated an invitation to Mahmoud Abbas, the president of the Palestinian Authority, to peace talks.