Three Arrested For Throwing A Molotov Cocktail At A Swedish Synagogue 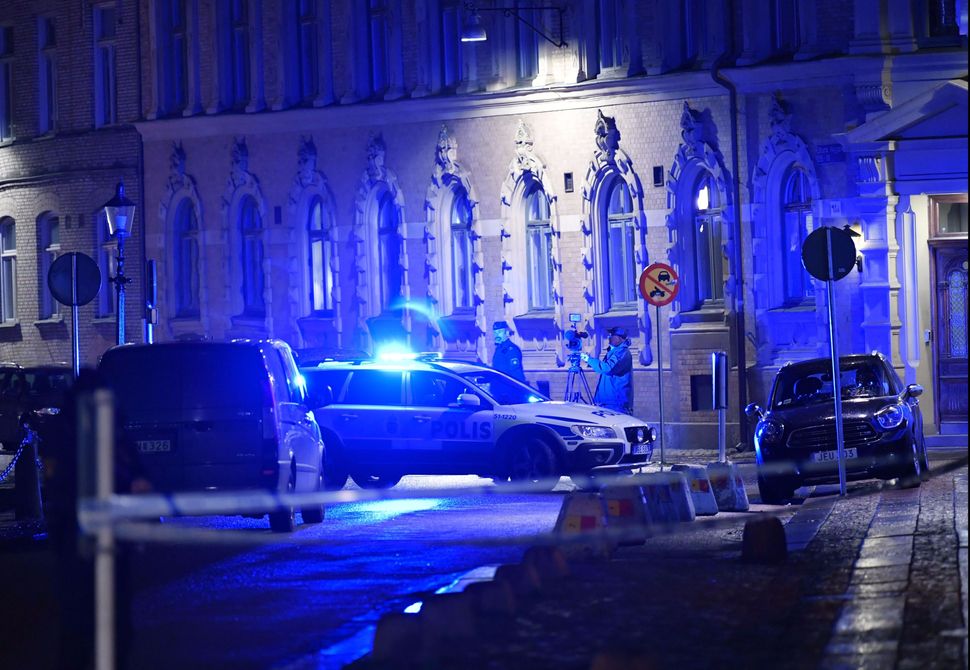 Police arrived at the Gothenburg Synagogue after an attempted arson Friday night. Image by Getty

Three men were arrested in connection with an attempted arson of a Swedish synagogue, the New York Times reported.

On Friday evening, a masked mob of about ten threw a Molotov cocktail at the synagogue in Gothenburg, in southern Sweden. The building did not catch fire.

“It might become a hate crime,” a police spokeswoman said. “The crime is attempted arson. But that may change during the investigation.”

The attempted firebombing came a day after a demonstration in Malmo where marchers shouted about killing Jews.

The Police Authority’s commissioner tied the violence to Donald Trump officially recognizing Jerusalem as the capital of Israel last week. The move has led to protests across Europe.

Three Arrested For Throwing A Molotov Cocktail At A Swedish Synagogue