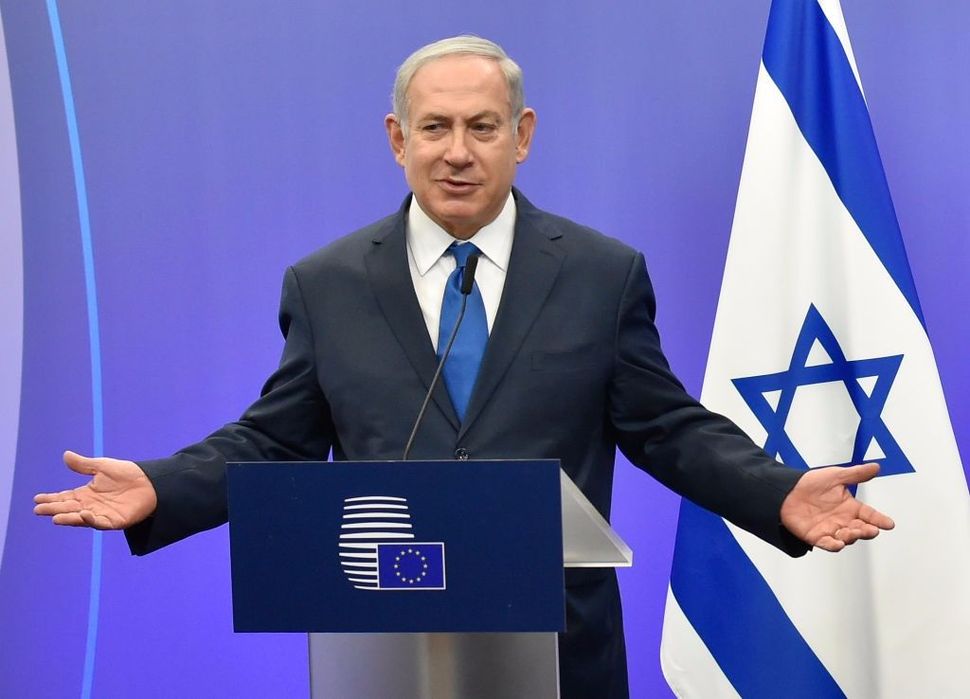 (JTA) — Israel is open to seeing what kind of peace plan the United States will put forward, Benjamin Netanyahu said.

“I believe that even though we don’t have an agreement yet, this is what will happen in the future. I believe that all or most of the European countries will move their embassies to Jerusalem, recognize Jerusalem as Israel’s capital, and engage robustly with us for security, prosperity and peace,” Netanyahu said.

Prior to his meeting with the EU foreign ministers, Netanyahu met with reporters alongside EU foreign policy chief Federica Mogherini who said the EU is opposed to changing Jerusalem’s status before a peace agreement is brokered between Israel and the Palestinians.

Mogherini reiterated the union’s principled opposition to a change in Jerusalem’s status before a comprehensive peace agreement.

“The only realistic solution to the conflict between Israel and Palestine is based on two states with Jerusalem as the capital of both,” Mogherini said.

She also condemned “in the strongest possible way all attacks on Jews everywhere in the world, including in Europe, and on Israel and on Israeli citizens.”

She added that the European Union will redouble its efforts to relaunch the peace process.