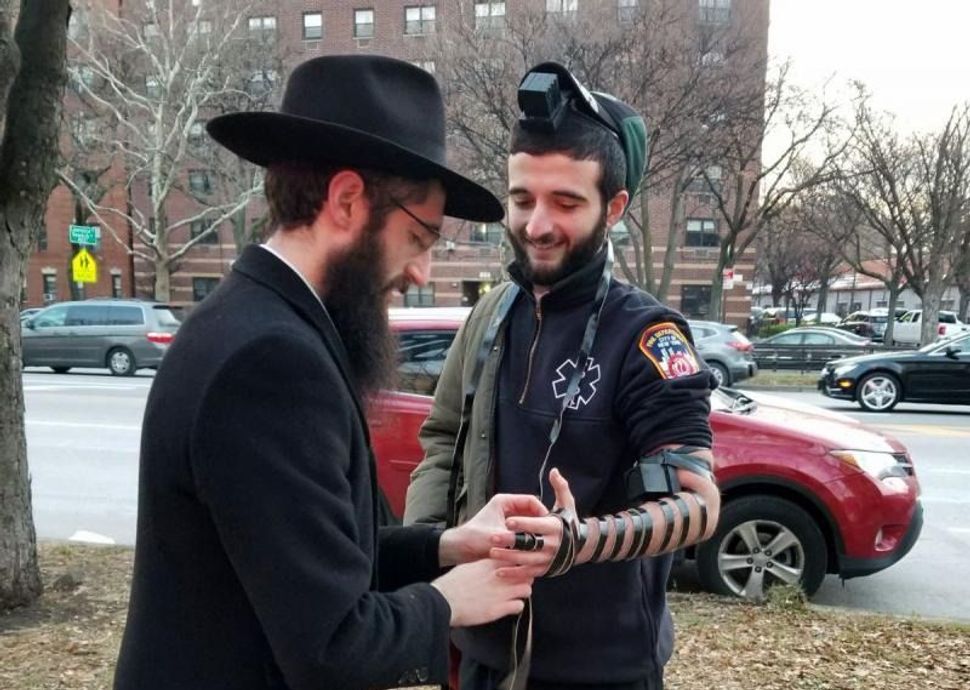 A Chabad rabbi conducts a “mitzvah campaign” outside the home of a man who attempted to bomb the New York subway system. Image by Collive.com/Facebook

While law enforcement agents were searching the Brooklyn home of Akayed Ullah, the would-be suicide attacker who had detonated a pipe bomb in a Manhattan subway on Monday, a Chabad husband and wife took the unusual opportunity to launch a “mitzvah campaign” in the neighborhood.

Rabbi Yisrolik Langsam, who heads a Chabad outpost in the area with his wife Mushkie, arrived at the scene — thronged with media and law enforcement — to pass out donuts and Chanukah menorahs and wrap tefillin with “Jewish people present from law enforcement, the media and passersby,” the Brooklyn website Collive.com reported.

“Unfortunately the parents of the terrorist from today’s bombing reside right here on Ocean Parkway and Newkirk,” Mushkie Langsam wrote on her public Facebook page. “At a time like this, when there is so much darkness in the world, is when we need to add in light.”