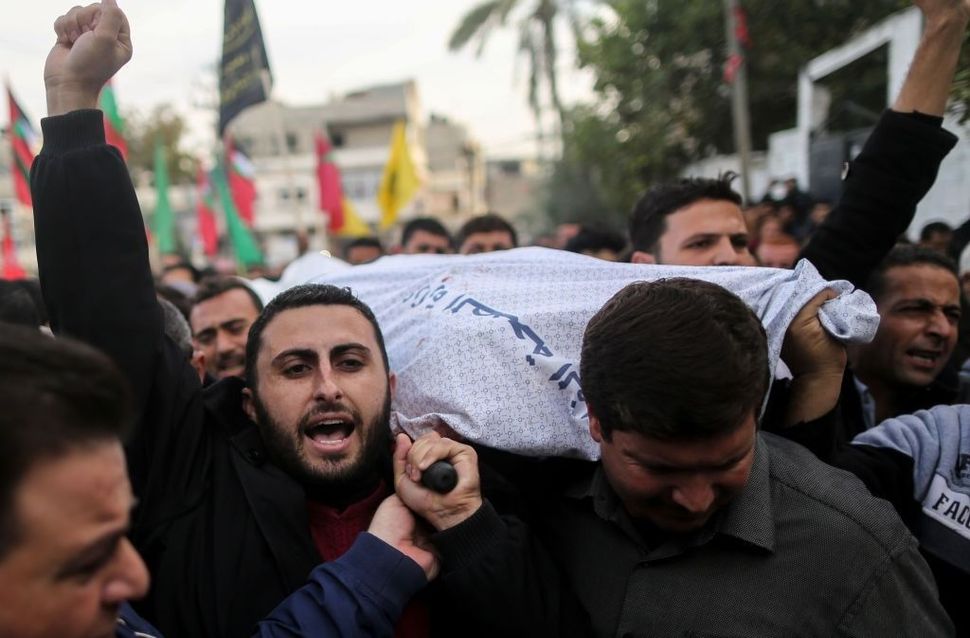 Palestinians attend the funeral of a Palestinian Islamic Jihad militant in the northern Gaza Strip on December 12, 2017. Two Palestinians were killed in the Gaza Strip with authorities in the Hamas-run territory blaming an Israeli strike, but Israel’s military immediately denied the claim. Image by MAHMUD HAMS/AFP/Getty Images

GAZA, Dec 12 (Reuters) – Two Palestinian Islamic Jihad militants riding on a motorcycle in Gaza were killed in an explosion on Tuesday which the group implied was caused by an accidental detonation during preparations for an attack.

Israel’s military denied accounts by local residents that the militants were killed in an air strike.

Violence along the Israel-Gaza border has flared since President Trump’s recognition last week of Jerusalem as Israel’s capital and the Israeli military’s demolition on Sunday of a cross-border tunnel it said was dug by Hamas, the Islamist group that controls the small coastal enclave.

In a statement after Tuesday’s explosion, Islamic Jihad said: “We mourn the men – ‘martyrs of preparation.’” The group usually employs the term to refer to casualties caused by the accidental detonation of weapons or explosives used in attacks against Israel.