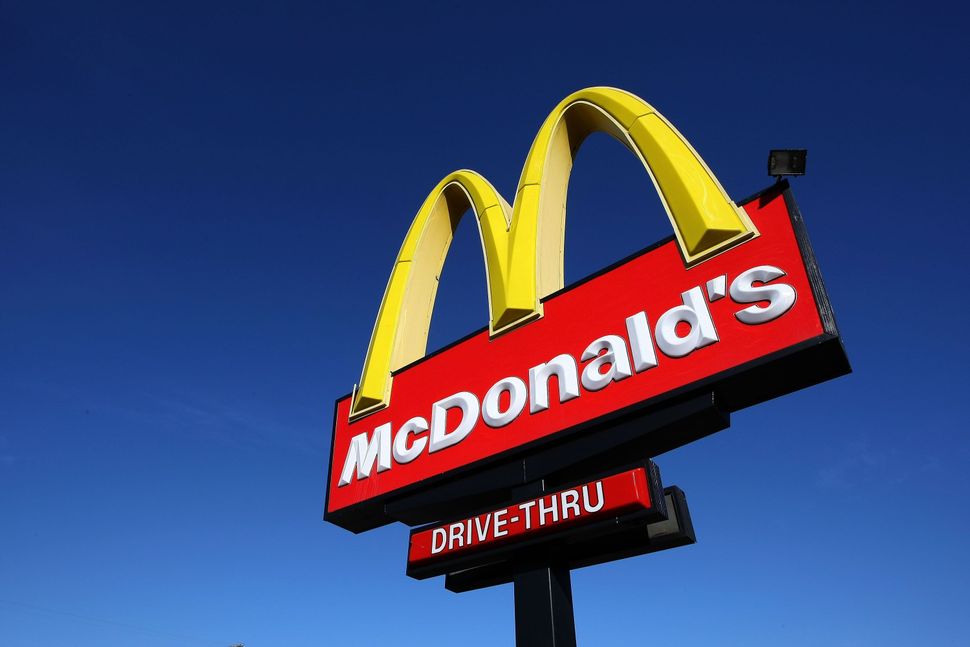 President Trump is a known lover of McDonald’s — former campaign manager Corey Lewandowski recently claimed that the most powerful man in the world would often order two Big Macs, two Filet-o-Fish sandwiches and a chocolate milkshake for a meal during the campaign.

But Trump’s decision to officially recognize Jerusalem as the capital of Israel has had negative consequences for the Golden Arches: The fast-food giant has been the subject of boycotts in at least two different Muslim-majority countries because of the announcement.

In Saudi Arabia, the hashtag #BoycottAmericanRestaurants spread throughout the country. According to Newsweek, McDonald’s, the country’s leading fast food brand, is one of the companies targeted, as are Papa John’s, Pizza Hunt and Burger King.

And in Malaysia, rumors spread on Twitter and the messaging service WhatsApp that McDonald’s “channeled funds to Israel” and should be boycotted, Reuters reported.

“As Malaysians, we understand the disappointment felt by Muslims around the world over this issue,” he added. “Let us unite and concentrate on the right struggle and pray for those affected by this development.”

The company also faced boycott calls in Malaysia in 2014 when social media posts claimed that McDonald’s was helping to fund Israeli attacks on Gaza.