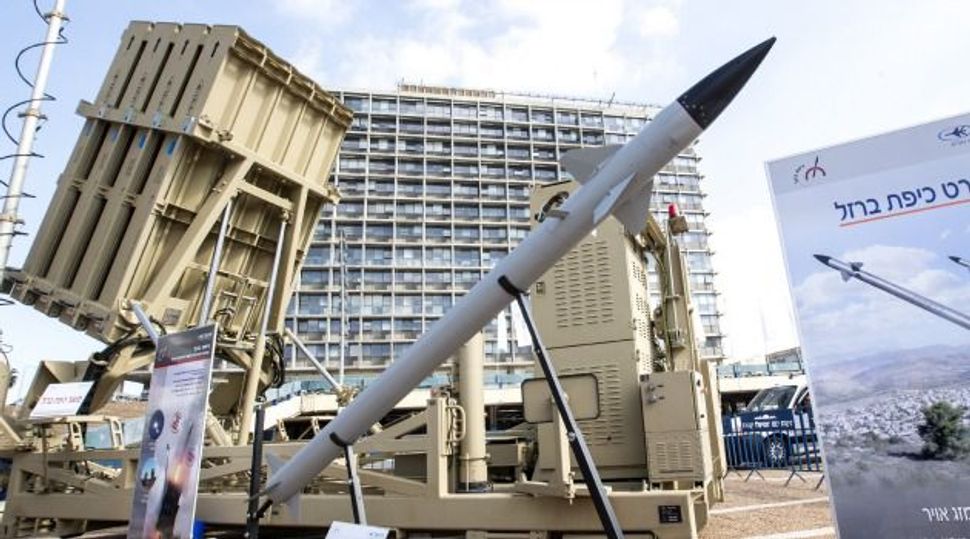 JERUSALEM (JTA) — Two rockets fired from the Gaza Strip at Israel were intercepted over the southern town of Sderot by the Iron Dome anti-missile system.

There were no reports of injury or damage.

The firing of the rockets triggered the Code Red alert sirens in Sderot, Eshkol and three other southern regions.

No group claimed immediate responsibility, though the IDF holds Hamas, which controls Gaza, as responsible for all attacks that emanate from the coastal strip.

It was the third consecutive night that rockets from Gaza were fired at southern Israel. Rockets also were fired late last week in the wake of President Donald Trump’s announcement that the United States would recognize Jerusalem as Israel’s capital.