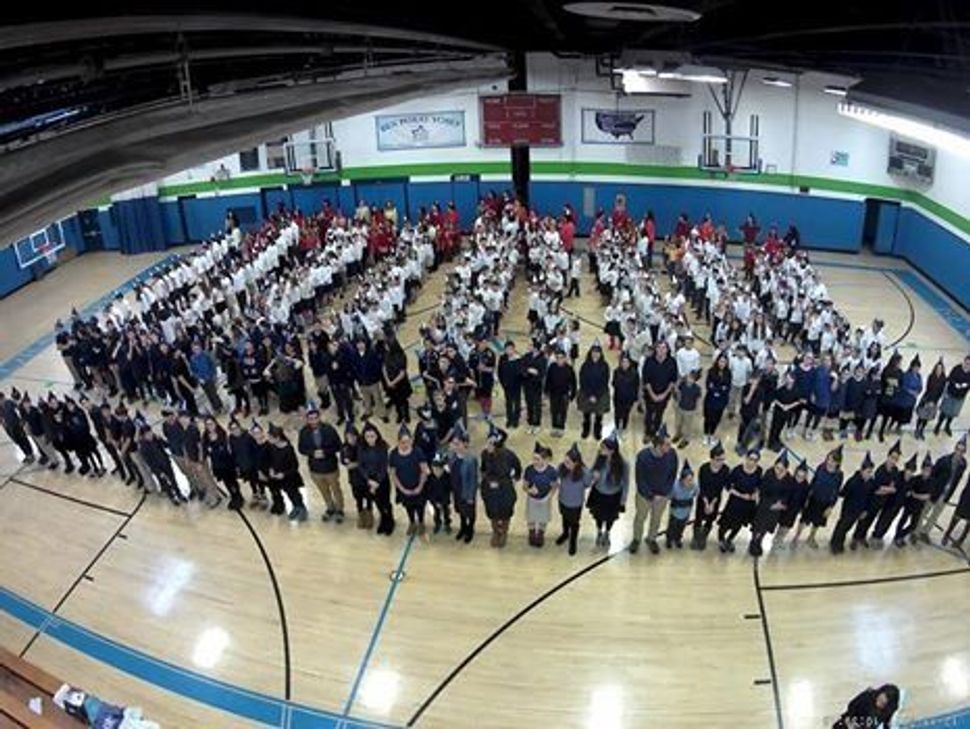 (JTA) — Students at a Jewish school in New Jersey broke the world record for the world’s largest human menorah.

Over 500 students from Ben Porat Yosef, a private school in Paramus, stood in the shape of a Hanukkah candelabra on Wednesday morning, the first day of the Jewish holiday, Paramus Patch reported.

A representative from Guinness World Records certified that the formation was indeed the largest one in the world.