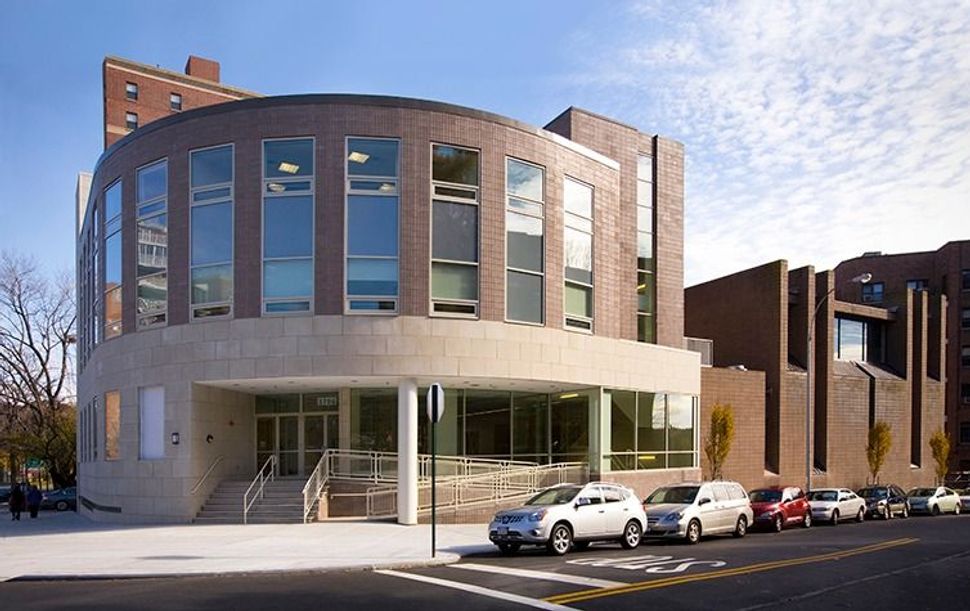 NEW YORK (JTA) — A flagship liberal Orthodox synagogue in New York will stop congratulating same-sex couples on their weddings following a complaint by the Orthodox Union.

The Hebrew Institute of Riverdale in the Bronx will no longer announce the weddings of its LGBT members in its newsletters in accordance with a policy dictated by the O.U., the largest association of Orthodox synagogues in the United States. The policy was set out this month in response to complaints from other member synagogues, which take a harder line on opposing same-sex marriage.

“It is the OU’s unequivocal position that support for, or celebration of, halachically proscribed conduct is fundamentally inappropriate,” the O.U. statement reads, according to the Five Towns Jewish Times. “Accordingly, the institutional endorsement or encouragement (implicit or explicit) of any conduct that is contrary to halacha is activity that no Orthodox synagogue should allow.”

The statement said the O.U. is reviewing its congregational standards before taking further action.

The Hebrew Institute of Riverdale, which has long served as a leader in pushing the bounds of traditional Jewish law to include women and LGBT Jews, has been friendlier to same-sex couples. It counts same-sex couples among its members and last year hosted a panel on LGBT Jews in Orthodoxy called “Building a Jewish Future Outside the Closet.”

The synagogue’s clergy do not officiate at same-sex weddings, but the synagogue began including same-sex marriages in its announcements earlier this year. Following the O.U. statement, however, the Hebrew Institute’s rabbi, Steven Exler, confirmed to JTA that the announcements would stop.

Mordechai Levovitz, executive director of Jewish Queer Youth, which focuses on LGBT Orthodox teens, said the O.U. policy will only inflict further damage on that group. He said that 70 percent of the kids who come to his group’s weekly Drop-In Center in Midtown Manhattan report being suicidal.