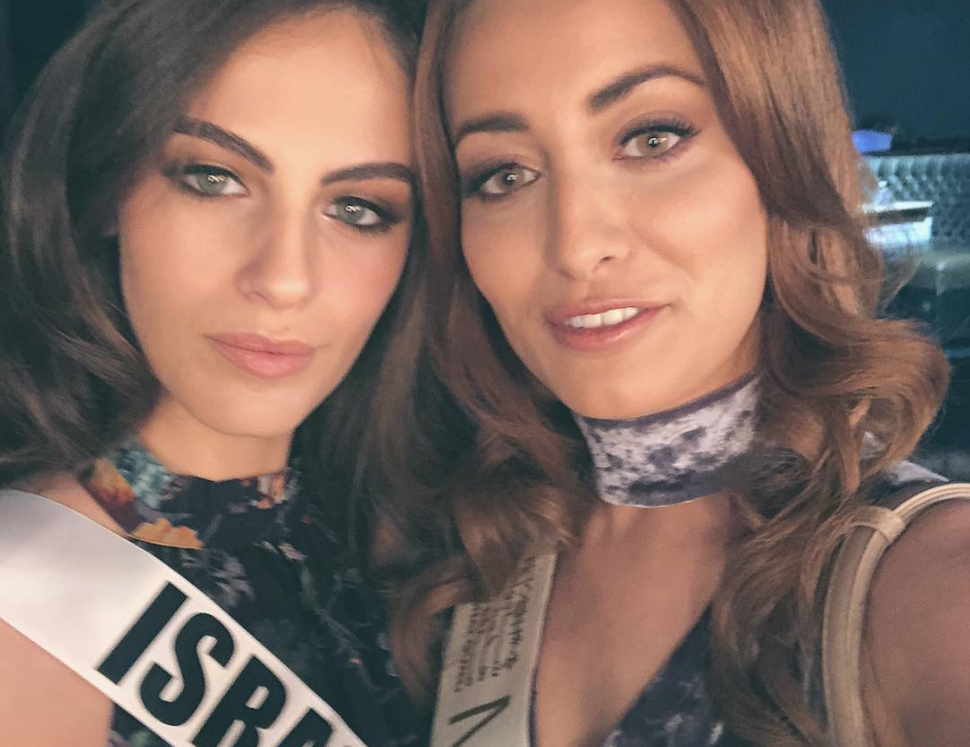 (JTA) — The family of Iraq’s contestant in the Miss Universe Pageant have left the country due to threats to their lives over her modeling in a bikini and posting on social media photos taken with Miss Israel.

Miss Iraq, Sarah Idan, lives in the United States and the rest of her family has now fled the country, Miss Israel, Adar Gandelsman, told Hadashot news. Gandelsman said she has been in touch with Idan since the pageant and that the two women have a special relationship.

During the competition in Tokyo in November, Miss Israel, Gandelsman and Idan  posed for photos on their respective Instagram accounts. Idan’s caption read: “Peace and Love from Miss Iraq and Miss Israel.”

Gandelsman told Hadashot news that Idan said she does not regret posting the photos.

“She did it to so that people can understand that it’s possible to live together,” Gandelsman said. “In order for people to see that we can connect, in the end we are both human beings.”

“I want to stress that the purpose of the picture was only to express hope and desire for peace between the two countries,” she wrote in the post. She said the photo does not signal support for the Israeli government and apologized if the photo was harmful to the Palestinian cause.