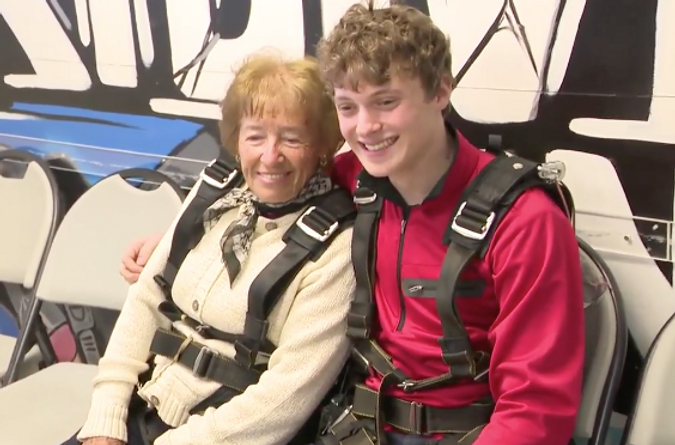 Henriette Siebenberg with her grandson Shmuel Eisenmann. Image by YouTube

An 85-year-old Holocaust survivor skydived with her grandson on his 18th birthday near Hollywood, a local news station reported.

Though Siebenberg’s father was killed in Auschwitz, her mother hid her and her two brothers in France throughout the war. She eventually moved to the U.S. in 1961. She has three children and ten grandchildren.

This was Siebenberg’s second time going skydiving with a grandson. She described the free fall as “another nice experience.”

“I think she is one of the coolest people on the planet,” Shmuel Eisenmann, the birthday boy, said.