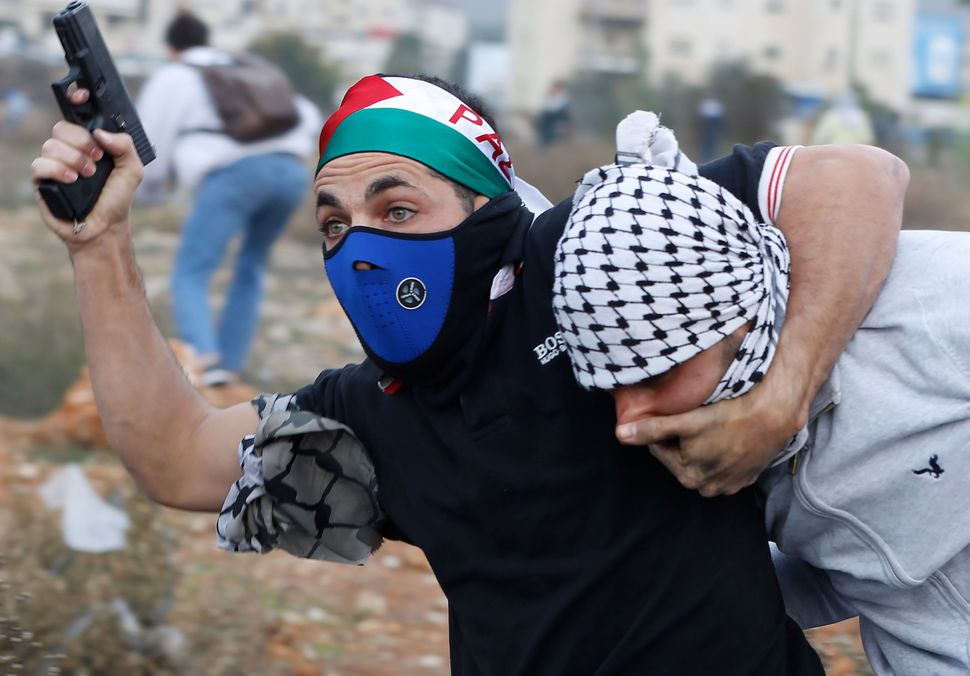 Undercover Israeli agents shutting down a protest in Ramallah. Image by Getty

A Reuters photo essay captured undercover Israeli agents shutting down a protest in the West Bank city of Ramallah.

Agents wearing Palestinian flags and face masks dispersed a crowd of hundreds by firing their guns in the air and throwing sound grenades, according to witness reports.

“The undercover personnel were posing as Palestinian protesters and were standing behind the stone-throwers,” said Mohamad Torokman, the photographer, who has covered the region for nearly two decades.

At one point, one of the agents pointed his gun at Torokman.

“He shouted at me and told me to go away,” Torokman said. “I heeded his order for my own safety.”