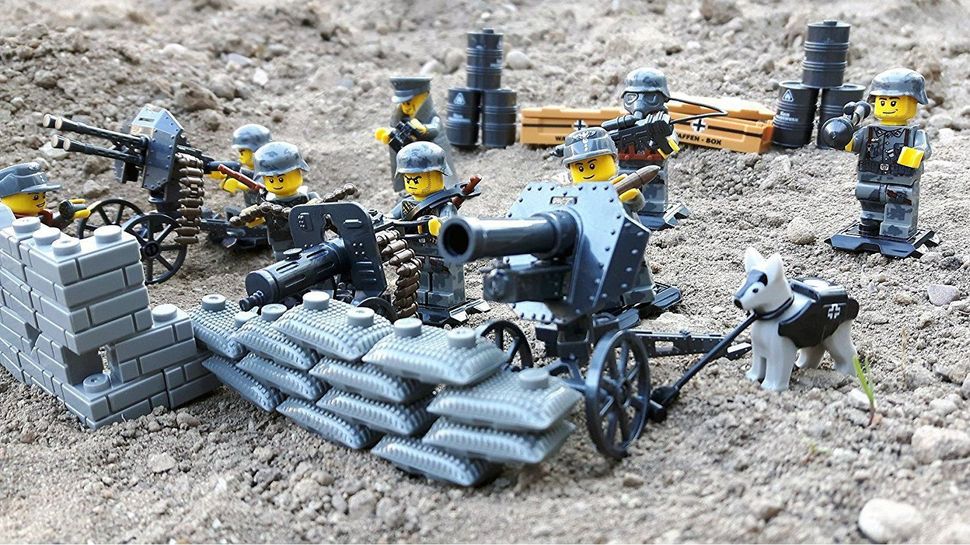 Nazi Lego figures are available for sale on Amazon. Image by Amazon

Amazon is being criticized for allowing third-party vendors to sell Lego figurines depicting the Nazi army on its websites in Germany and the United States.

Manuel Hegel, a father in Germany, discovered the toys when shopping online. He started a petition asking Lego and Amazon to take steps, including possible legal action, to prevent such sets from being sold.

Hegel told the BBC that it was “chilling to imagine that these figures could soon lie under the Christmas tree and get into children’s hands.”

Many sets have been taken off the website, but some still are available, including an artillery unit and a Panzer tank.

The sets, sold by the German company CustomBricks, are largely made out of existing Lego bricks collected from other sources.

Lego said in a statement that the company “does not in any way sponsor or endorse the product – on the contrary.”

German law strictly prohibits the depiction of Nazi symbols in most cases, but makes exceptions for “art or science, research, or teaching,” according to Quartz.

CustomBricks says that toys are only for children eight and up, and “require adult supervision.”