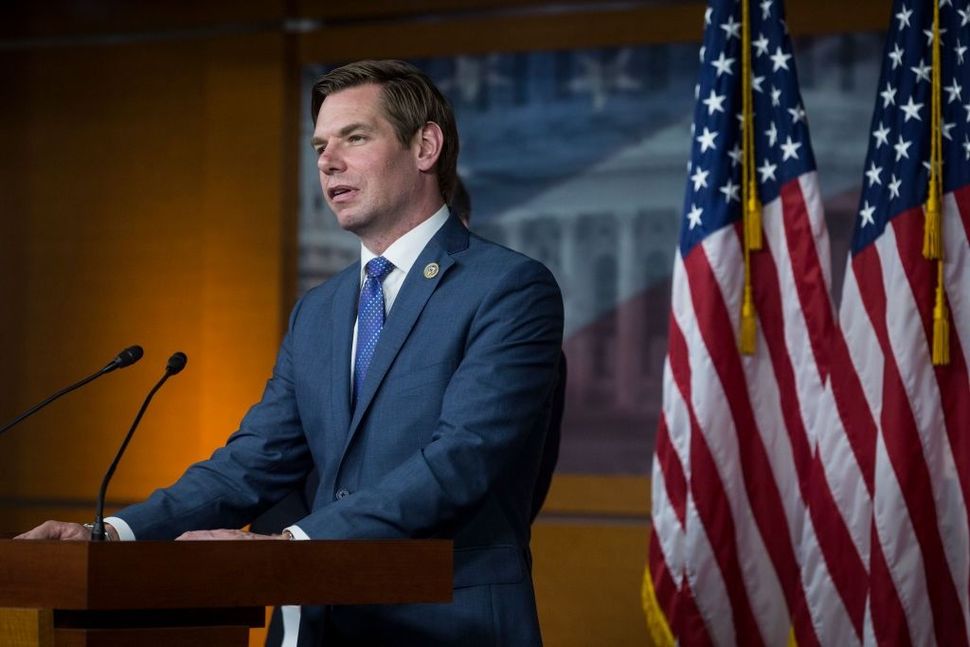 WASHINGTON (JTA) — “A Very Narrow Bridge” is a popular Hasidic song, one that is embraced by Jews of all denominations.

The words to it, which are  from the writings of Rabbi Nachman of Breslov, the 18th-century founder of a Hasidic sect, are “The entire world is a very narrow bridge; the main thing is to vanquish fear.”

It’s a good song for the Sabbath table, or when a friend needs solace.

Also, we now know, for a congressional hearing.

Rep. Eric Swalwell, D-Calif., who is a cable news favorite for his confrontational posture toward President Trump and who is not Jewish, quoted Rabbi Nachman in advising Rod Rosenstein, the deputy attorney general, to stay the course however hard the times.

Rosenstein, the deputy attorney general, appeared Thursday before the House of Representatives Judiciary Committee to field questions about the investigation led by special prosecutor Robert Mueller into alleged ties between Russia and Trump’s campaign and transition team. Rosenstein hired Mueller and because Attorney General Jeff Sessions has recused himself from the investigation, is the only man who can fire him.

Rosenstein repeatedly defended Mueller against calls by Republicans that the special prosecutor should step down because of allegations of bias on his team.

Swalwell had a sometimes tense exchange with Rosenstein, who refused to divulge the nature or even frequency of his conversations with Trump. Swalwell wanted to know if Trump was attempting to influence Rosenstein or press him to fire Mueller. But Swalwell also made clear he admired his forbearance in defending Mueller and advised him to stay the course.

“Mr. Deputy Attorney General, your investigation is a very narrow bridge,” Swalwell said. “The important part, I believe for our country is for you to not be afraid. In these trying times, we need you to be fearless. We have a president who is willing to involve himself in ongoing investigations that involve he and his family.”

I asked Swalwell about the quote’s origins. “It’s a quote from Rabbi Nachman of Bratslav,” he said in an email. “Occasionally, it comes to mind.”