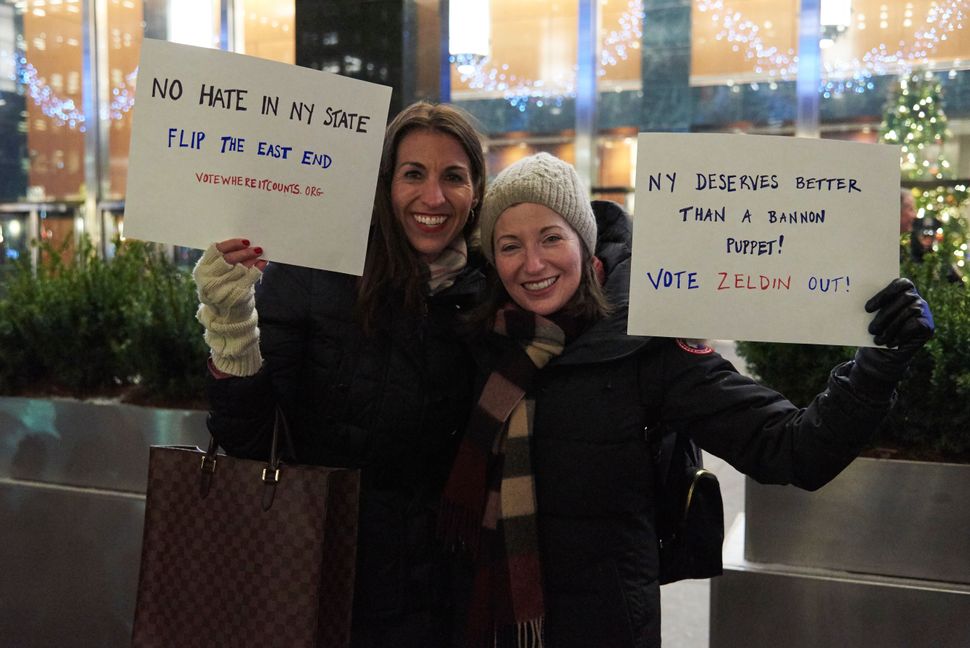 Protesters rallied outside the office building where the fundraiser took place, some bearing placards that called Zeldin, who is Jewish, a “Bannon puppet.”

“As chief strategist to President Trump, Bannon helped develop policies, such as the Muslim Ban, which target and marginalize millions of people in the U.S.,” Bend the Arc Jewish Action organizer Kalya Glick said in a statement. “It is deeply disturbing that Rep. Zeldin would ally himself with someone so clearly hostile to our community and our values.”

According to a report on the protest in Newsday, Rabbi Jan Urbach addressed the crowd, connecting the protest to the Jewish holiday of Hanukkah. “As Jews around the world lit the first candle of Hanukkah, our ancient symbol of hope, truth and morality, to dispel the darkness of fear, intolerance and hated, that very same night, a bright light was lit in Alabama,” Urbach said. “Tonight, having failed to get Roy Moore elected in Alabama, Steve Bannon is here in New York to raise money for Lee Zeldin.”

Democrats are targeting Zeldin’s seat in the 2018 elections.