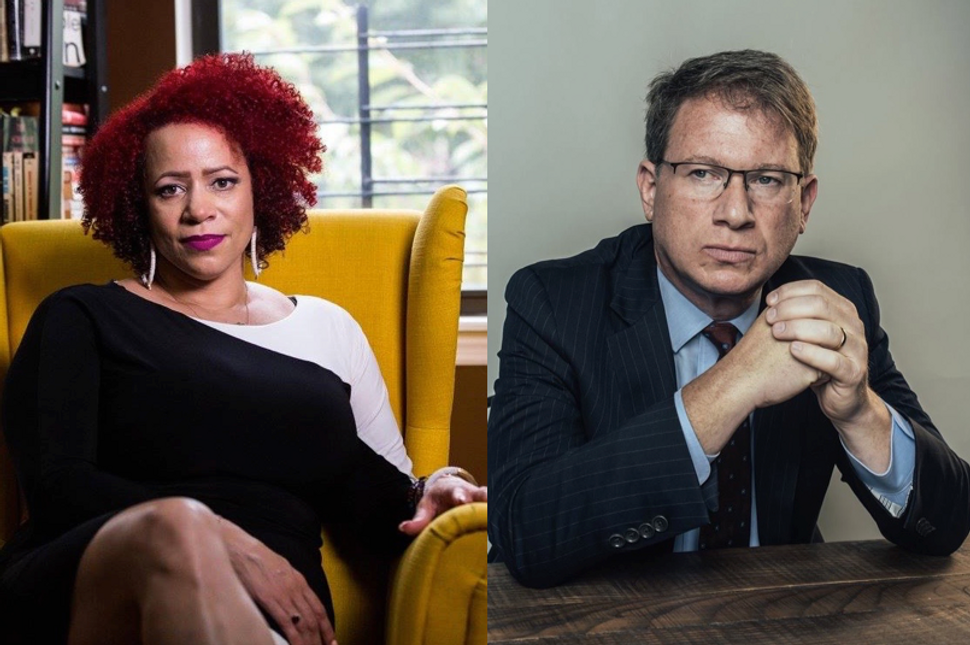 Jeffrey Goldberg, editor of The Atlantic magazine, was forced to eat his words in an interview with the New York Times Magazine reporter Nikole Hannah-Jones. The two spoke about race in America, focusing on Hannah-Jones’ specialty, segregated schools. Hannah-Jones won a MacArthur “Genius” Award this year for her reporting on the resegregation of U.S. schools.

At the outset of the conversation, however, Goldberg had to backtrack after at first suggesting that America is making progress in dealing with problems of race.

“Are you in the camp of people who say that long-term optimism is premature?” Goldberg asked.

“I think it has not a lot of basis in historical fact,” Hannah-Jones responded.

Goldberg argued that things are patently better for black people in the U.S., saying, “It’s been stutter stepped, but we ain’t in 1866 or 1873.”

“I am not a slave. That’s true,” Hannah-Jones deadpanned. “None of us would argue that there hasn’t been progress in a range of things. I guess I get almost offended by people who want us to pause and be congratulatory about forward progress.”

You can listen to the rest of the conversation here.