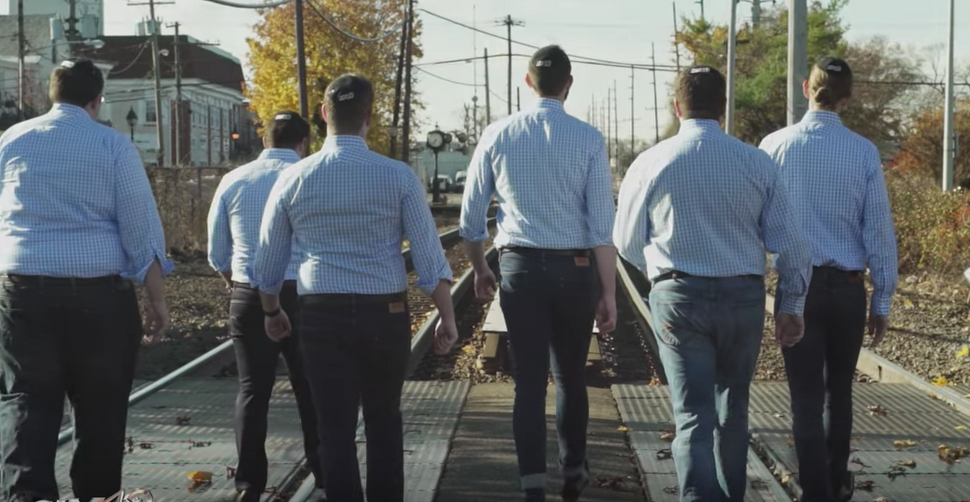 2010 was a happy time. The great recession was more or less over and Julia Louis-Dreyfus was getting a star on the Hollywood Walk of Fame. When the then-Yeshiva University a cappella group The Maccabeats released a Hanukkah themed parody of “Dynamite” by Taio Cruz that went viral, ultimately garnering over 13 million views, the Jewish world was thrilled. An all-male Orthodox vocal group with no instruments climbing the Billboard holiday charts and accepting invitations to the WhiteHouse? It was a sign of the times! The Maccabeats became the final word in Hanukkah song parodies.

But an entire “Harry Potter” movie series has come and gone since those halcyon days. And the Maccabeats 2017 Hanukkah song, while aurally pleasing as always, is curiously devoid of references to the holiday and is instead a musical ode to the band’s many successes. Of course we wish next year in Jerusalem, or at least in YouTube stardom, for the group, but who will fill the role of Best Hanukkah Music Video, 2017?

The Maccabeats’ entry this year:

The clear front-runner for this year’s Best Hanukkah Song Parody is the professional a cappella group Six13, who released a throwback ’90s Hanukkah mashup that clearly aims to swipe The Maccabeats’ crown. With crystal-clear vocals and choreography lovingly ripped directly from *NSYNC, this wins Best Overall Hanukkah Music Video, 2017.

What happened to the a cappella community at Yeshiva University after The Maccabeats decamped to pursue fame full-time? The Y-Studs are now the premier Yeshiva U “elite all-male a cappella group,” and their Hanukkah music video is such a radical departure from the normal oily YouTube fare as to be a little astonishing. It’s an a cappella cover of Andra Day’s “Rise Up” over a timely fable of anti-Semitism, isolation and Jewish community. This is clearly the Most Moving Hanukkah Music Video, 2017.

Is it possible that a part-time morning radio DJ named Young Jeffrey wrote the best Hanukkah parody of the year? A great miracle can happen here, there and everywhere, and it seems to have happened recently on a Seattle-area morning talkshow, “Brooke and Jubal In The Morning,” where “Young Jeffrey” calmly laid down one of the greatest Jewish parodies I have ever heard.

“This Is How We Jew It” plays on Montell Jordan’s “This Is How We Do It.” Favorite lines include “poppin’ bottles of Manischewitz on ice/with my fellow Semites” and “just talkin’ smack in the cul de sac.” How does this parody avoid the generic Jewish imagery and nasty Jewish stereotyping to which so many Jewish parody songs have fallen prey in the past? I do not know. It must be a miracle. All I know is that this is The Cleverest Hanukkah Parody Song, 2017.

All in all, a strong year for Hanukkah music videos. But why is the Jewish parody game such a boys’ club? Next Hanukkah, we expect to see equal representation.

You’re on notice, ladies. You have one year.