Jared Kushner Mocked As ‘Packing Bags’ For Prison On ‘SNL’ 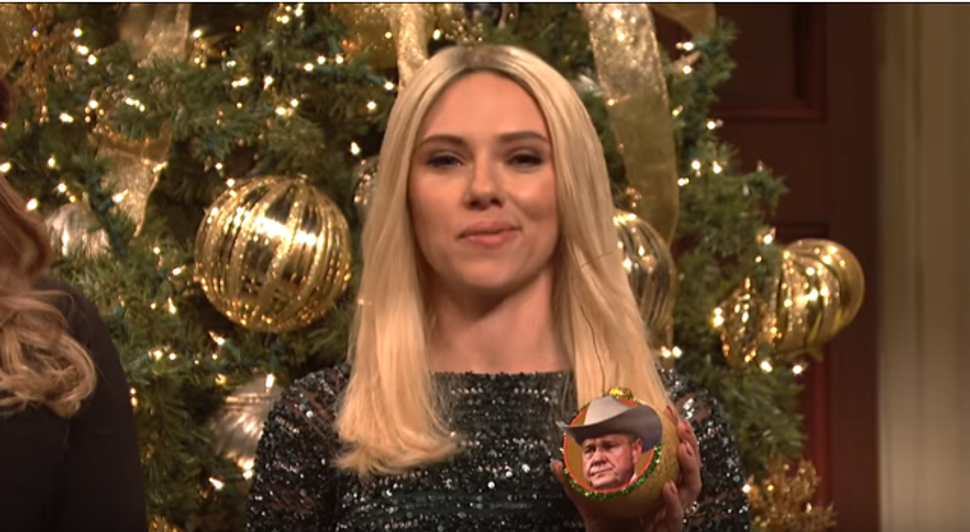 The last episode of “Saturday Night Live” of 2017 featured the return of Scarlett Johansson as First Daughter Ivanka Trump.

The sketch, which had various associates of President Trump hanging Christmas tree ornaments featuring the faces of Trump’s enemies, included an appearance from “Ivanka.” She explained that her husband Jared Kushner wasn’t there because “he’s packing a go bag before the F.B.I. arrives.”

Ivanka Trump criticized Alabama Senate candidate Roy Moore last month, saying that there was a “special place in hell for people who prey on children.” Johansson put a twist on that line in her appearance: “There’s a special place in hell, and we’re all there.”

Johansson, who is dating SNL co-head writer Colin Jost, had previously appeared on the show as Ivanka Trump while advertising a fictitious new perfume called “Complicit.”

Jared Kushner Mocked As ‘Packing Bags’ For Prison On ‘SNL’