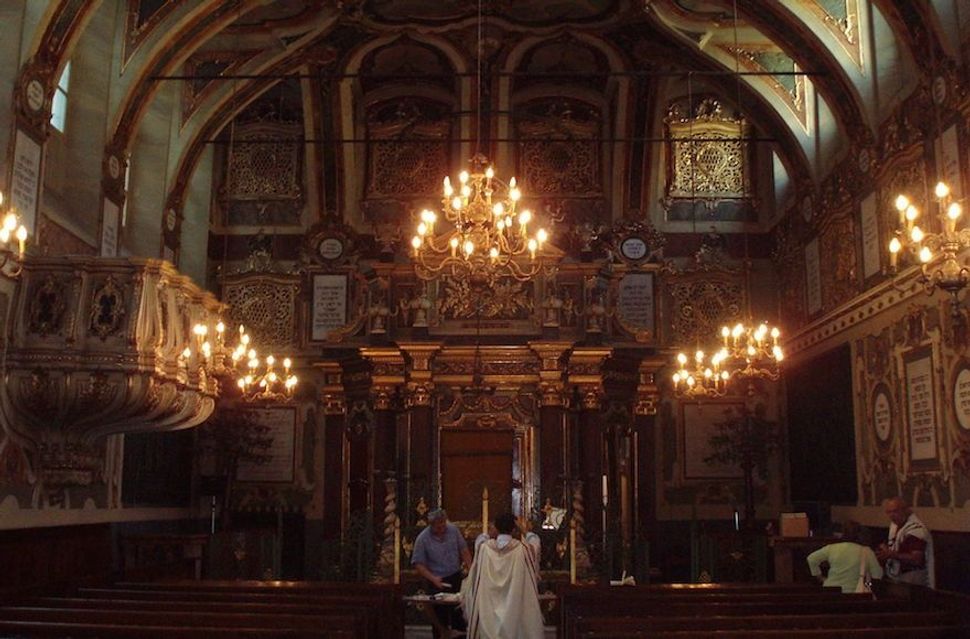 Jews have lived in Casale Monferrato for more than 500 years, with the community reaching its peak of 850 members at about the time Jews here were granted civil rights in 1848. The town still boasts one of Italy’s most ornate synagogues, a rococo gem that dates to the 16th century.

These days, only two Jewish families live in Casale. The synagogue, which is part of a larger museum complex, is now a major tourist attraction – and not only because of its opulent sanctuary with huge chandeliers, colorfully painted walls and lots of gilding.

Hanukkah here is commemorated nonstop with a year-round exhibit featuring dozens of menorahs, or hanukkiyot, created by international contemporary artists. The collection has some 185 menorahs, according to Adriana Ottolenghi, whose husband, Giorgio, has been president of Casale’s Jewish community since the 1950s.

“We receive more every year, and each year at Hanukkah there is a public ceremony, where we light menorahs and welcome the new pieces,” she said.

Only 30 to 40 can be displayed at a time in the vaulted underground chambers.

Many resemble traditional menorahs: a straight line of candles or a candelabra with eight branches, with a ninth branch for the “shamash” candle used to kindle them. Some of the menorahs can be lighted and used on the holiday.