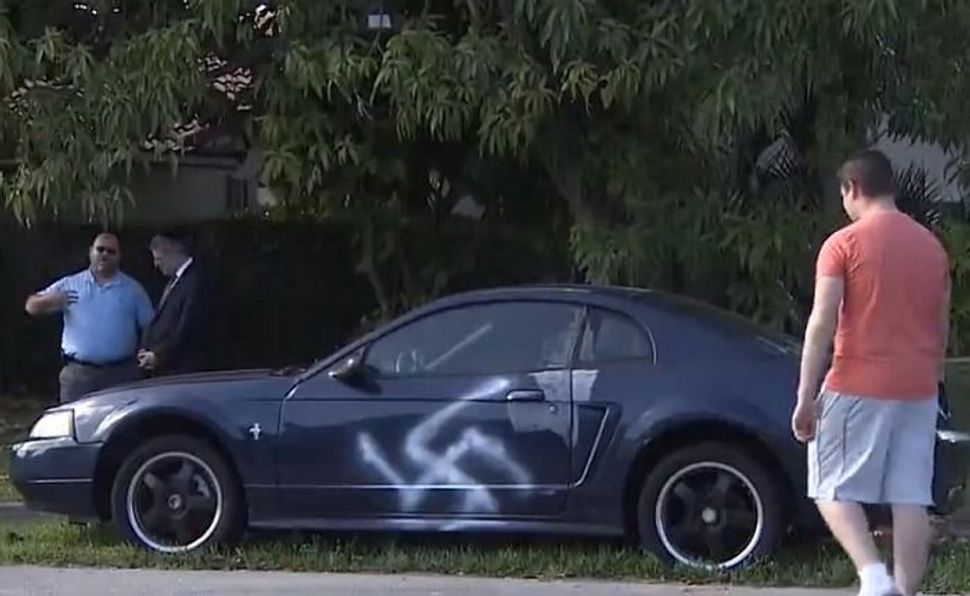 A swastika was painted on a car in Bal Harbor in February. Image by YouTube/7 News Miami

The Bal Harbour Village Council unanimously passed the ordinance, the first of its kind for a municipality, the Miami Herald reported.

The ordinance was passed by the five-member council on Dec. 13 and took effect immediately.

The ordinance allows police officers to consider whether a crime had an anti-Semitic motivation, to investigate it as a violation of the ordinance in addition to state and federal hate crimes laws.

Mayor Gabriel Groisman, who worked to pass the measure, told the Miami Herald that the since there is no codified definition of anti-Semitism, police departments throughout the United States have a hard time identifying and investigating hate crimes.

The village’s new ordinance points to the State Department’s 2010 definition of anti-Semitism but gives law enforcement discretion in determining whether to call a crime a hate incident.

In December, 2015, the village became the first major municipality to pass an ordinance against the Boycott, Divestment and Sanctions movement against Israel. More than 20 U.S. states have passed such legislation.