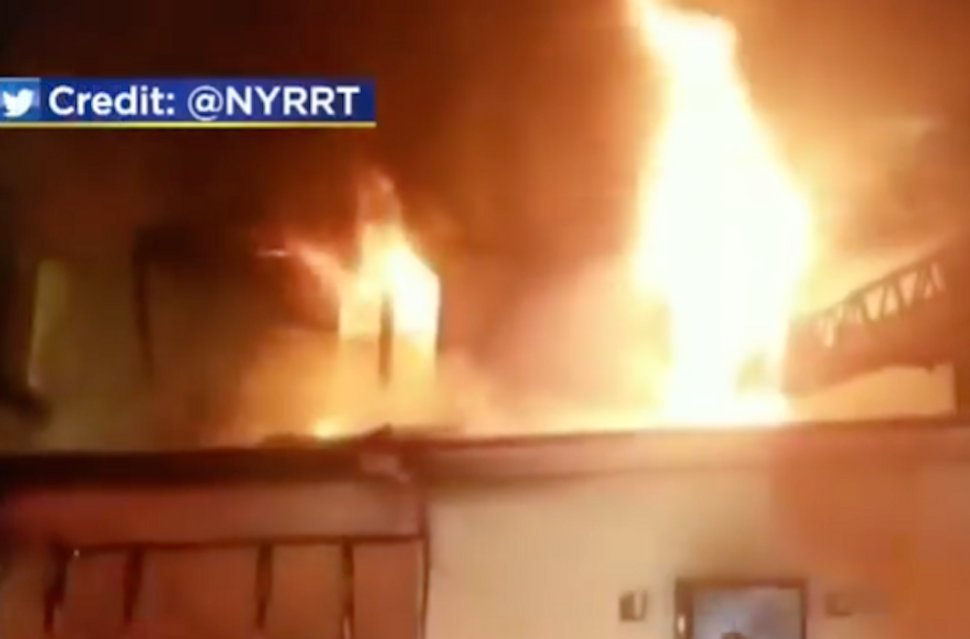 A fast-moving fire in Brooklyn that may have been started by a menorah killed three children and their mother, and injured 11 others, JTA reported. The father and two other children are in critical condition.

The fire started early Monday morning on the first floor of a house in Sheepshead Bay before consuming the house’s second and third floors.

Though fire fighters arrived at the scene within minutes, they were unable to save the mother, 40, two sons, 11 and 7, and a 3-year-old girl. A teenage son survived by jumping out of a window.

The family was identified by the Yeshiva World News website as Azan. The father is Yossi Azan, 45, an employee at the Hat Box on Coney Island.

The fire department believes a menorah may have started the fire. Multiple fire fighters were reported injured in fighting the blaze.