Schumer Salivates For Latkes, Calls Senate A Shtiebel At Fundraiser 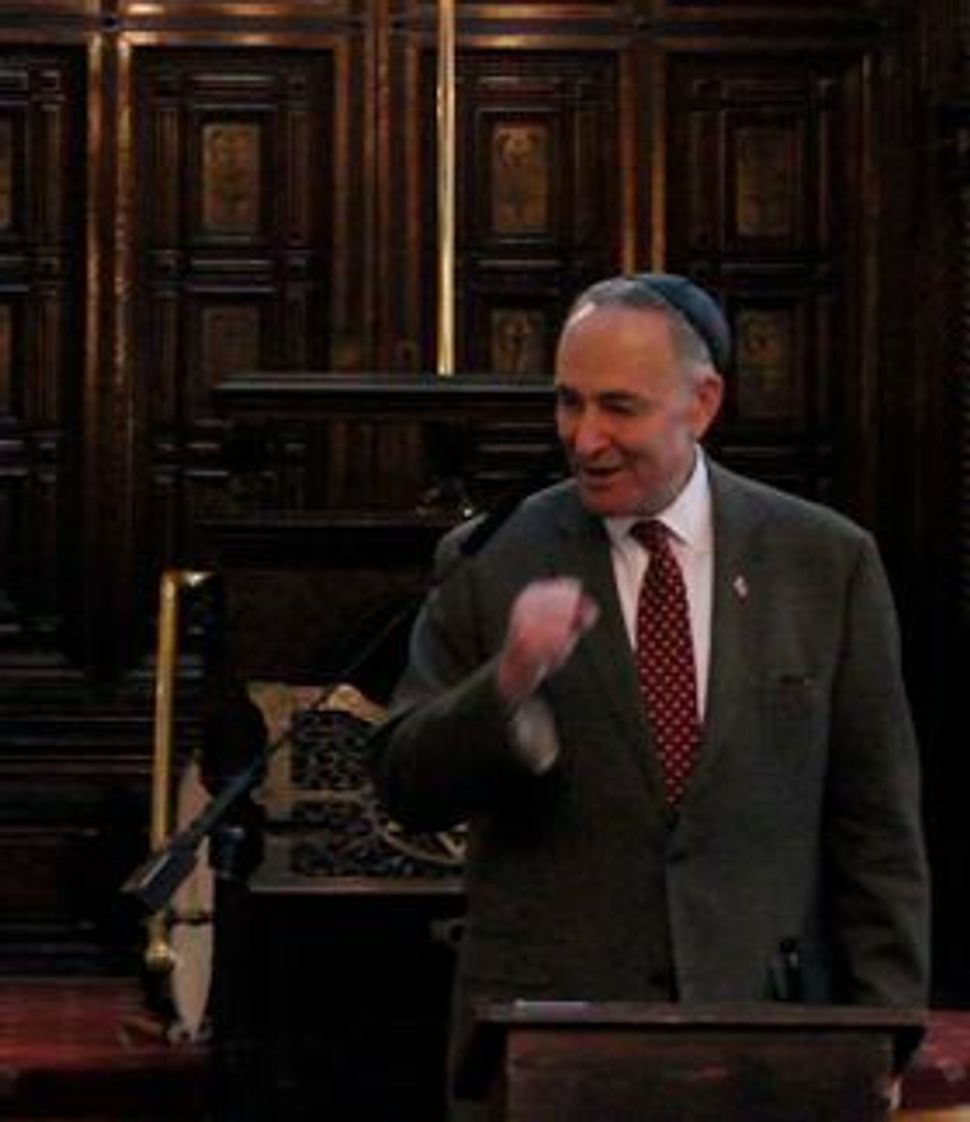 Senator Chuck Schumer headlined a Long Island, New York fundraiser for Michigan’s Senator Debbie Stabenow this past weekend, organized by the pro-Israel group NORPAC, according to the website Jewish Insider.

Schumer likened the Senate to “a New York shtiebel,” saying it was small and that members got to know each other. He told everyone he was jonesing to eat his wife’s famous latkes later.

NORPAC, a fundraising group with close ties to AIPAC, had previously held a fundraiser at the same donors’ house for Mitch McConnell, the Senate Republican leader.

“At the time he was the minority leader but soon thereafter he became majority leader, so you never know,” the host, Stanley Stern, said, according to Jewish Insider.

Schumer Salivates For Latkes, Calls Senate A Shtiebel At Fundraiser