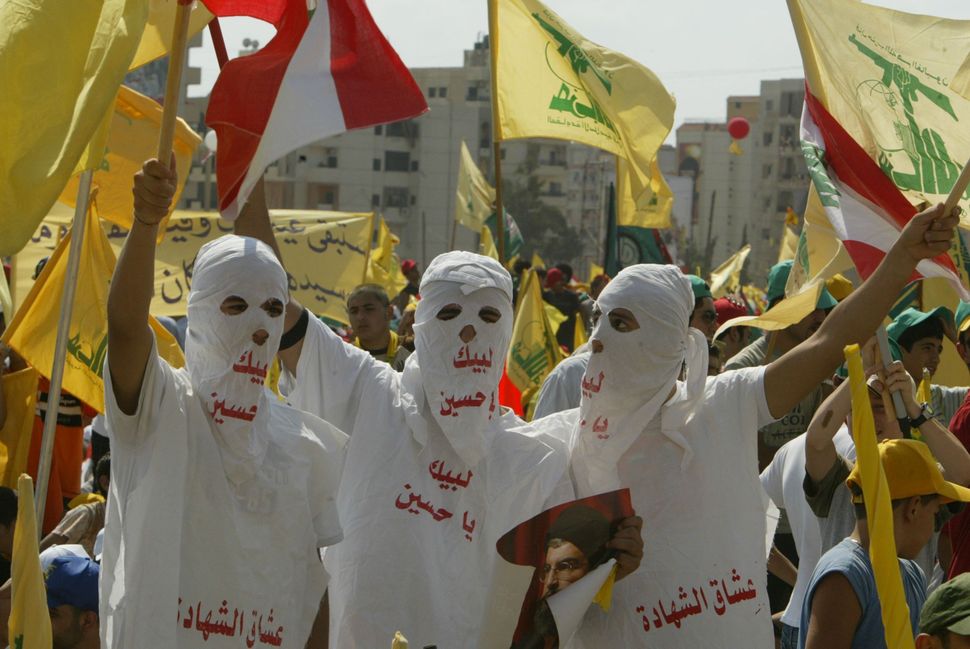 Hezbollah supporters in 2006. Image by Getty

The Obama administration derailed a major investigation into Hezbollah’s globe-spanning drug trafficking ring in order to save the Iran deal, a Politico report found.

Beginning in 2008, the Drug Enforcement Agency ran a classified investigation into Hezbollah’s trading techniques, amassing evidence on how the terrorist group launders money and moves cocaine in North America. It was called Project Cassandra.

The agents made massive discoveries, such as finding that Hezbollah launders nearly half a billion dollars by selling used cars in the U.S. But the Obama administration consistently threw roadblocks at the investigation, declining to prosecute major figures in the operations.

“There’s no doubt in my mind now that the focus was this Iran deal and our initiative was kind of like a fly in the soup,” said Derek Maltz, who oversaw the investigation. “We were the train that went off the tracks.”

Though agents discovered that Hezbollah works like a South American drug cartel, the Obama administration ignored the findings to keep Iran happy as they hammered out the nuclear deal.

“During the negotiations, early on, they [the Iranians] said listen, we need you to lay off Hezbollah, to tamp down the pressure on them, and the Obama administration acquiesced to that request,” one former CIA officer told Politico. “It was a strategic decision to show good faith toward the Iranians in terms of reaching an agreement.”