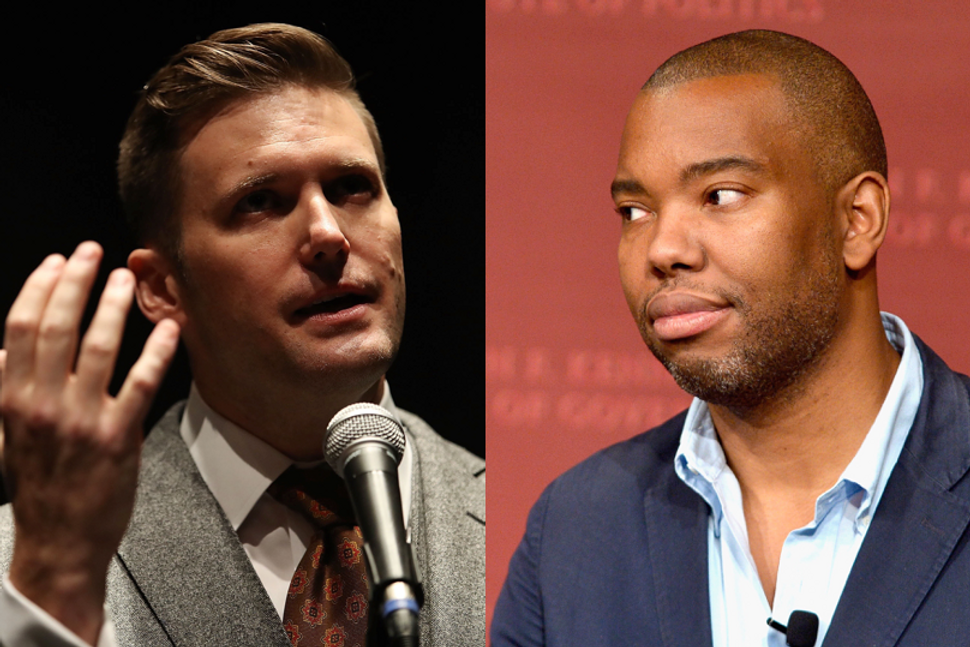 Ta-Nehisi Coates deleted his Twitter account Monday evening, and it may have been prompted by white nationalists.

Even Richard Spencer — the face of American white nationalism — eventually piled on the debate over an essay criticizing Coates’ new book.

Coates, a renowned public intellectual and a national correspondent for The Atlantic, was caught in a Twitter storm over the weekend after The Guardian published an essay criticizing his politics and relationship with Barack Obama. The essay by Cornel West, a socialist public intellectual and prominent critic of the Democratic Party, was widely shared across social media.

The essay, called “Ta-Nehisi Coates is the neoliberal face of the black freedom struggle,” accused Coates of ignoring the Obama administration’s use of drone warfare and suggested that Coates has a “preoccupation with white acceptance.” The essay was prompted by Coates’ new book, “We Were Eight Years In Power,” about the Obama administration.

The essay ignited the Twittersphere, with writers, academics and activists weighing in.

This @CornelWest attack on @tanehisicoates is personal vendetta masked as intellectual debate, and once again exposes his Obama obsession. If West’s true interest was “fightback,” which isn’t a word, then a broadside like this seems like a waste of time. https://t.co/D2z9N0XKnS

Perhaps Ta-Nehisi Coates’ greatest failing as a public intellectual was choosing to disconnect the white supremacy he so brilliantly examines from the specific policies advanced by the Obama Administration. The omission spoke volumes, and compromised his analysis.


One of the strongest responses came from New Yorker writer Jelani Cobb, who criticized West harshly for praising Malcolm X in the Guardian essay, despite West’s ties with the Nation of Islam and its leader, Louis Farrakhan. Farrakhan said in 2000 that he “created the atmosphere that ultimately led to Malcolm X’s assassination.”

Honestly, I feel like it’s best to keep Malcolm’s name out your mouth if you running around with the dudes who killed him. Just talk about Paul Robeson instead or something.


As the debate wore on, Coates tweeted his articles to point to places where he had addressed things like drone warfare. 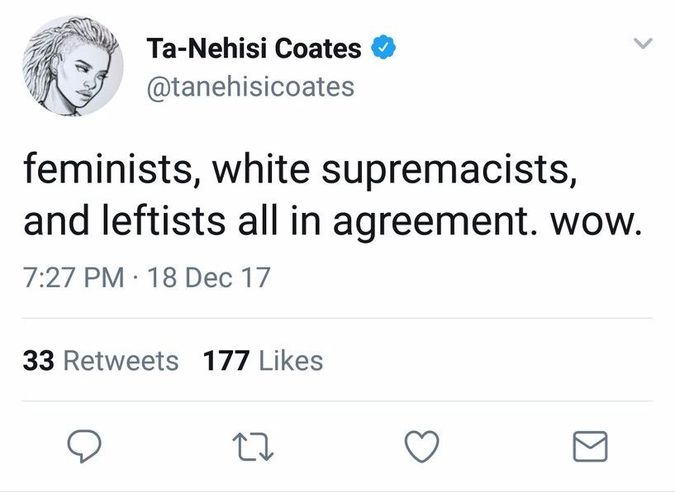 
This was not the first time that Coates had suspended his Twitter account. He has questioned the usefulness of the social media platform for young journalists. But this appears to be the first time Coates has left Twitter after such a prominent intellectual spat.

Glad the left is finally taking down one of its most important enemies: the guy who mainstreamed the idea of a mass transfer of wealth to African-Americans.

When Richard Spencer and Cornel West are in agreement, the analysis is amiss. One man can not be all things to all people. Instead of excoriating Ta-Nehisi, folks need to interrogate the system that propped him up as a lone, singular Black voice. https://t.co/kITnMdSmT8