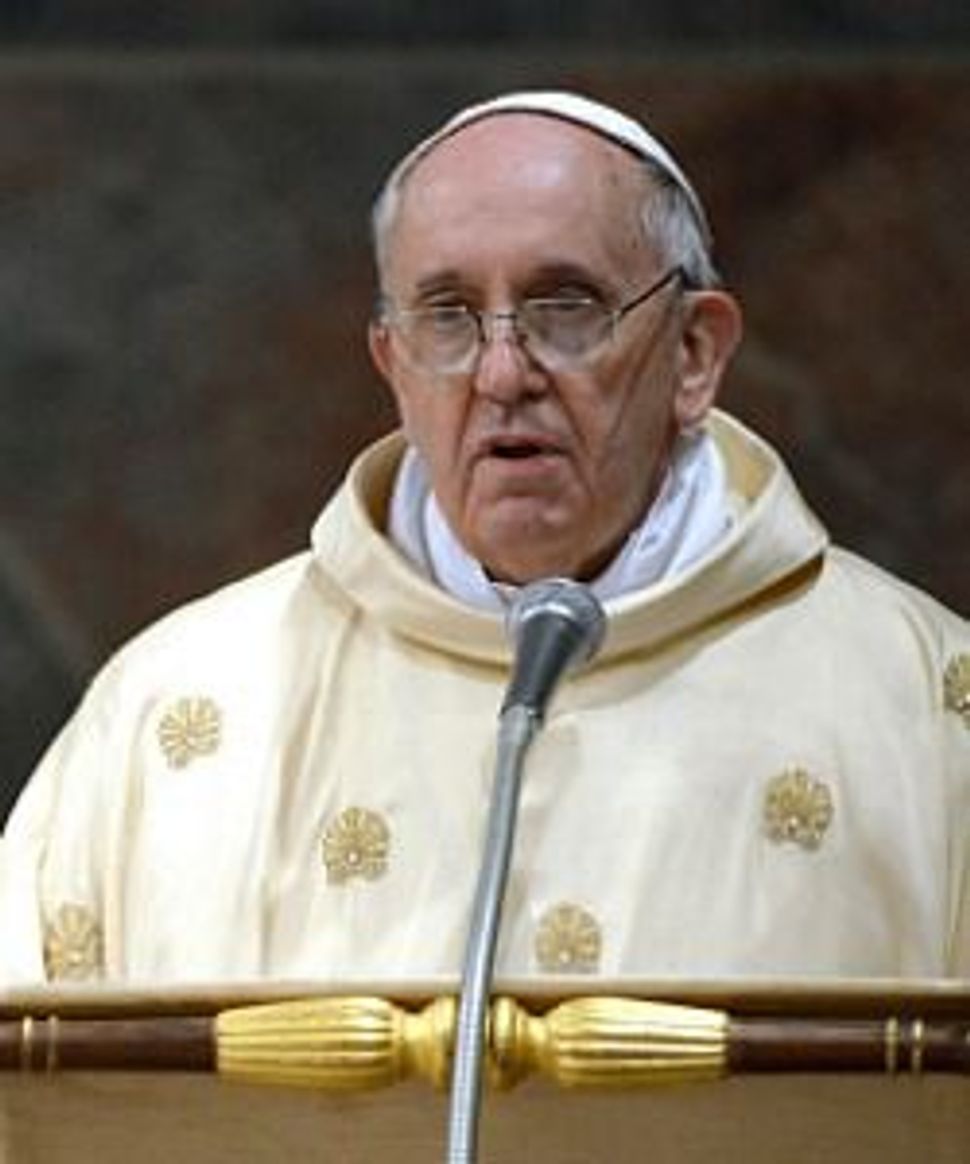 The pope’s condemnation appears in an introduction he wrote in an upcoming book written by three Argentine doctors about the Nazi medical experiments. His co-author is his longtime Argentine friend Rabbi Abraham Skorka.

“It is an analysis of the human attitude of trying to expel the good of mercy and replace it with evil and destruction,” Skorka told JTA.

Research from the book, “Morality and Legality in Dark Times,” by Beatriz Boo, José Mobilio and David Znajderhaus, will be presented Thursday at the Sociedad Hebraica Argentina, a Jewish community center with a long tradition of cultural and art activities. Skorka will sit on the panel with the authors.

Francis wrote an email to Skorka asking him to greet the authors on his behalf at the presentation.

“Dear brother,” the email begins. “This text will help to bring a testimony of that hell and to prevent humanity from repeating that reality.”

“The human arrogance exposed during the Shoah was the action of people who felt like gods, and shows the aberrant dimension in which we can fall if we forget where we came from and where we are going,” the pope wrote.

Francis, the former cardinal of Buenos Aires, previously wrote the forward of a book by Rabbi Sergio Bergman, the current Argentine minister of sustainability, and referred to him as “one of my teachers.”