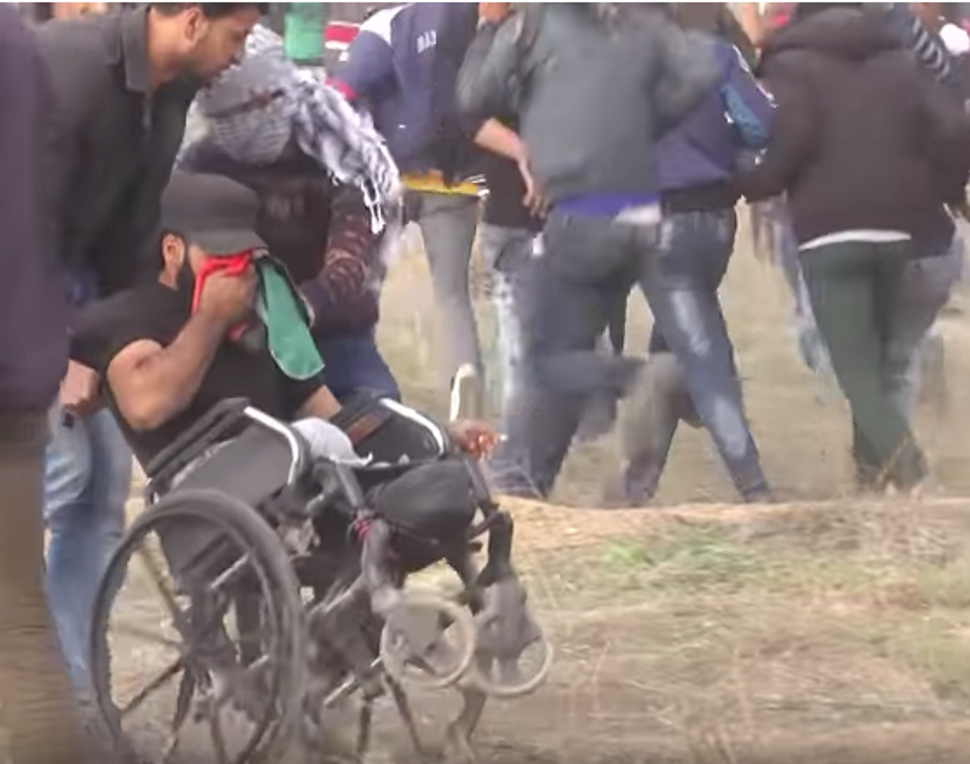 Palestinian double amputee Ibrahim Abu Thuraya was shot by an Israeli soldier during a protest against President Trump’s recognition of Jerusalem as Israel’s capital.

JERUSALEM (JTA) — The U.N. human rights chief said an Israeli military probe that cleared troops of any wrongdoing in the death of a paraplegic Palestinian protester was “insufficient.”

On Tuesday, al-Hussein called for an independent and impartial investigation.

Palestinian health officials said Abu Thraya, 29, was shot in the head while demonstrating in Gaza. He was among five Palestinians killed Friday during protests against President Donald Trump’s recognition of Jerusalem as the capital of Israel.

In his statement, Hussein also slammed Trump’s decision as “dangerously provocative” and blamed it for the violence.

The U.N. human rights office said Abu Thurayeh was among hundreds of Palestinians who marched across farmland toward the fence separating Gaza from Israel, and appeared to have been shot in the head when he was 65 feet from the barrier.

Israel’s military said no live fire was aimed at Abu Thraya and it was impossible to determine the cause of death. It said its investigation was hindered by the refusal of Palestinian authorities to share details of his injuries.

“It is impossible to determine whether Abu Thurayeh was injured as a result of riot dispersal means or what caused his death,” the Israel Defense Forces said in a statement. “The initial investigation indicates that no moral or professional failures were identified.”