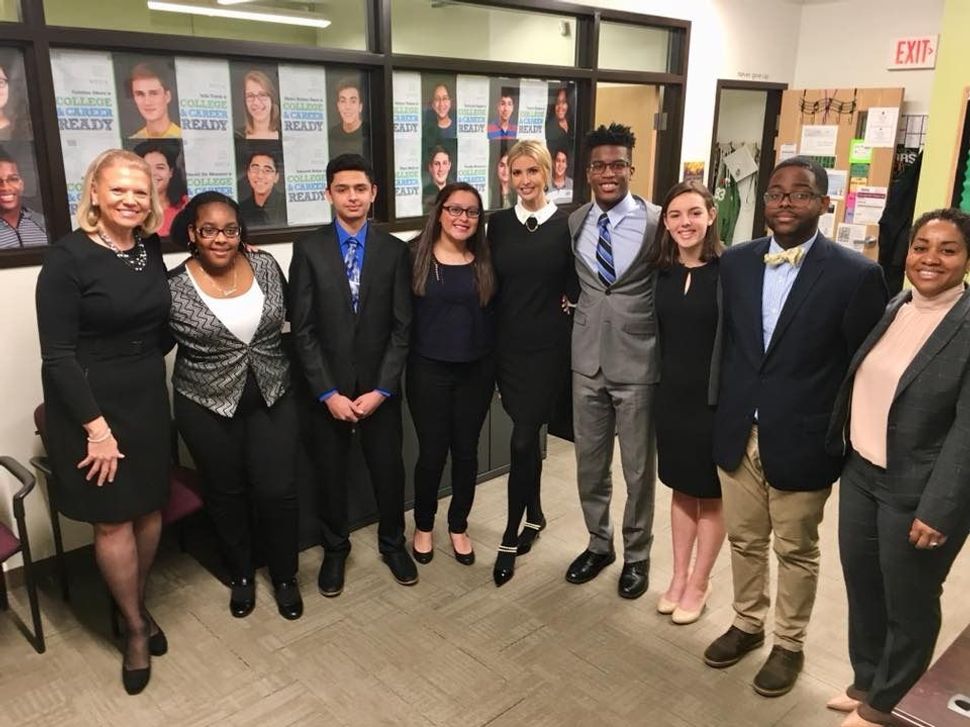 First Daughter Ivanka Trump’s surprise visit to a Connecticut high school on Monday was marred when some parents pulled their children out of school in protest.

Trump and IBM CEO Ginny Rometty visited the Norwalk Early College Academy in Connecticut to meet with students and talk about the importance of STEM and computer science education.

But according to the Associated Press, “some parents pulled their children from class on Monday, saying they were troubled they were not told in advance that President Donald Trump’s daughter and senior White House adviser was paying a visit.”

“This should have been brought to our attention, although I do understand security reasons,” parent Karey Fitzgerald told a local TV station. “I think we should have had the choice to send our child to school or keep them home.”

But other parents were more positive. “My son Nicolas Guzman is a NECA student and you talked to him today and he’s so excited about it,” Angela Yaneth Guzman wrote on Trump’s Facebook page. “It’s something he will never forget. Thank you Ivanka.”