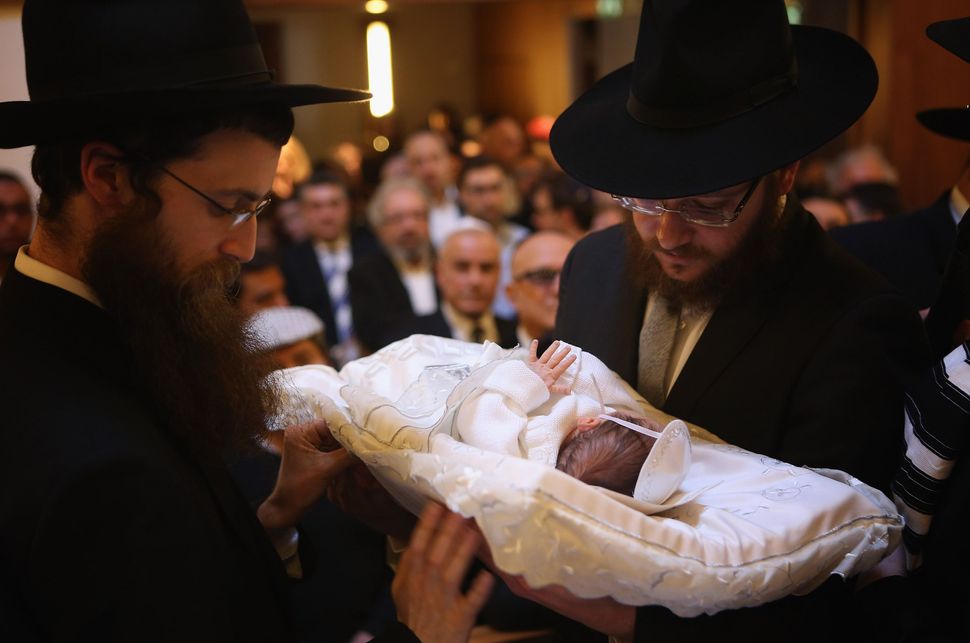 Men performing a bris in a Chabad synagogue in Germany in 2013. Image by Getty

Amazon removed a circumcision training kit from its UK site this week after receiving complaints from opponents of the practice, the Guardian reported.

The kits, which can be purchased on the U.S. version of Amazon for under $200, include surgical models of a male infant’s lower torso and genitals. The product is described as “Great for nursing and therapy students.”

Amazon removed the kits after receiving a letter from a prominent British critic of circumcision.

“Male circumcision in the UK is wholly unregulated and we fear that the sale of this product may encourage unqualified practitioners to carry out unnecessary surgery on infants in non-clinical conditions, resulting in serious harm,” said Dr Antony Lempert.