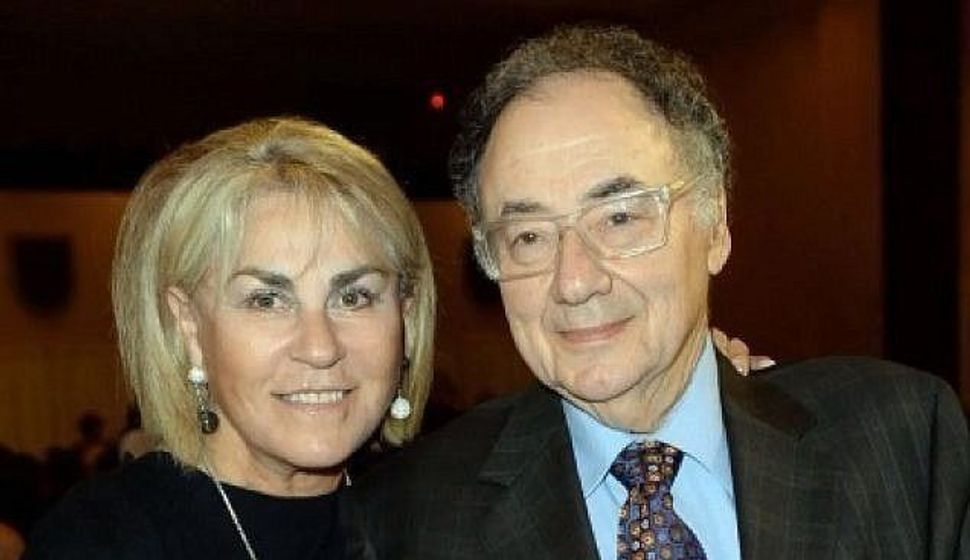 Tearful family members paid tribute to Canadian pharmaceutical billionaires and philanthropists Barry and Honey Sherman before thousands of people on Thursday, less than a week after news of the couple’s mysterious deaths shocked the nation.

The Shermans were found hanging by belts around their necks from a railing beside a pool in the basement of their Toronto mansion, a friend of the family told Reuters.

The Sherman’s son Jonathan began an emotional eulogy by saying the family was frustrated with the way Toronto police have handled the case, referencing Canadian media reports that said investigators were working on the theory that Barry Sherman, 75, had killed his 70-year-old wife and then himself.

“We’ve had to navigate through a terrifying maze of non-information and unfounded speculation,” Jonathan Sherman said. “I kept expecting my parents to walk through the front door and say, ‘Everything will be fine. We’ve taken control of the situation.’”

Police have confirmed that the Shermans died of ligature strangulation and that there were no signs of forced entry to the couple’s home.

Homicide detectives are leading the investigation, but the deaths have not been declared a homicide. Police have not detained any suspects and have not said if they are looking for any.

Family, friends, colleagues and political leaders remembered Barry Sherman as a brilliant man. They described the graduate of the prestigious Massachusetts Institute of Technology as an accomplished executive who worked around the clock to build Apotex into one of the world’s biggest generic drugmakers.

“He pretty well thought he was smarter than anyone else,” said Jack Kaye, an Apotex executive who worked alongside Sherman for decades. “And he wasn’t wrong about that.”