Steve Bannon Blames “Javanka” For Every Bad Decision Trump Has Made 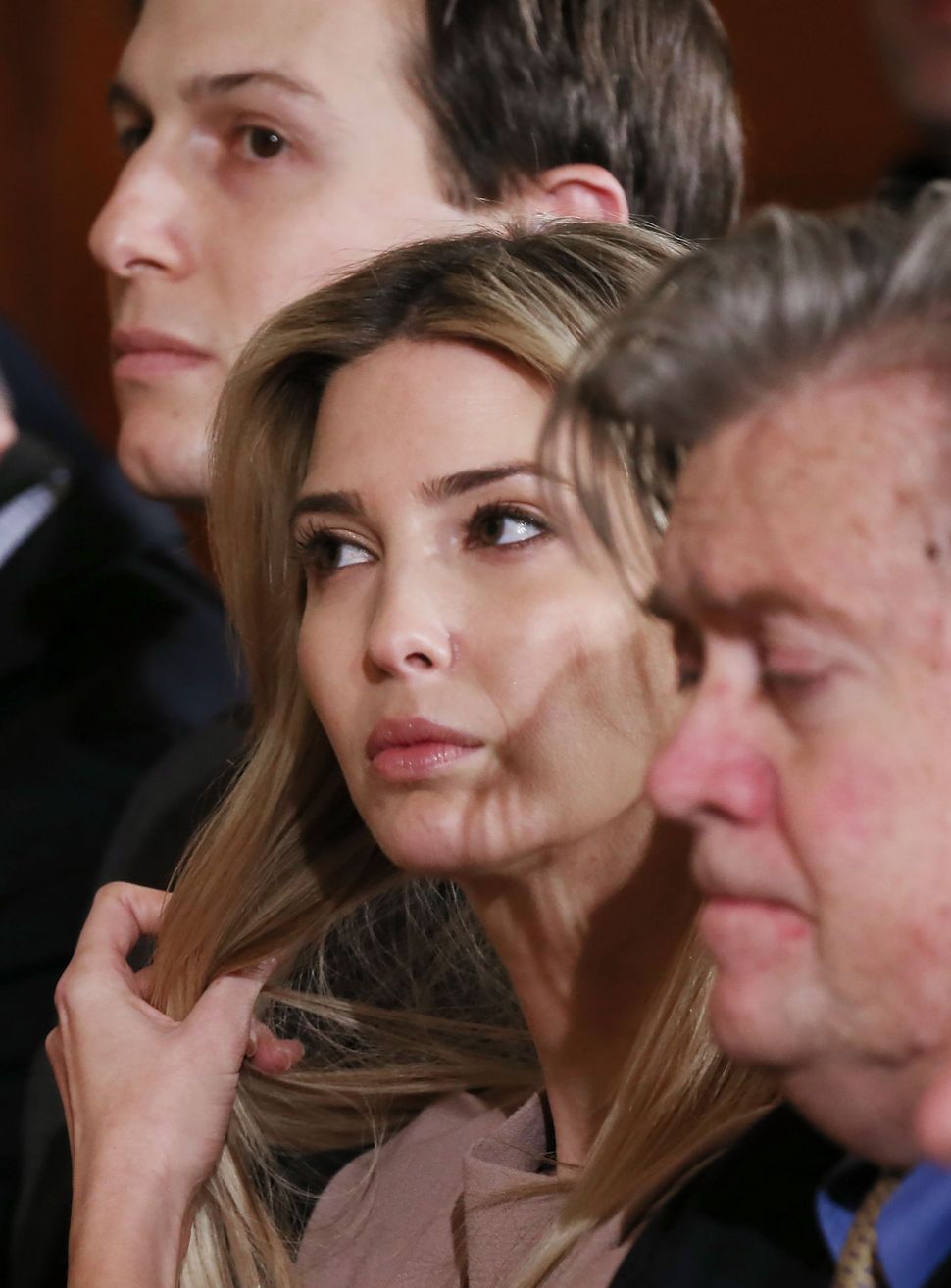 Steve Bannon ripped into Jared Kushner and Ivanka Trump in a major profile in Vanity Fair. Four months after resigning from his position as Donald Trump’s chief strategist Bannon still relishes picking apart his enemies in the West Wing.

“The railhead of all bad decisions is the same railhead: Javanka,” he told Gabriel Sherman.

Bannon blames Kushner and Ivanka Trump for the decision to fire former FBI director James Comey, the move that precipitated the appointment of Robert Mueller as special counsel.

Even during the campaign, when the warring factions in the Trumpiverse were united under the banner of MAGA, Bannon reserved a healthy portion of disdain for Kushner. Bannon considers Kushner essentially a member of the trust-fund elite who is in over his head

“He’s taking meetings with Russians to get additional stuff. This tells you everything about Jared,” Bannon said. “They were looking for the picture of Hillary Clinton taking the bag of cash from Putin. That’s his maturity level.”

Trump tried to broker a peace between Bannon and Javanka, sitting the three of them down for a meeting in the Oval Office in the spring. But Ivanka and Bannon simply traded accusations of leaking to the press, and Trump was unable to mend the rift.

Steve Bannon Blames “Javanka” For Every Bad Decision Trump Has Made