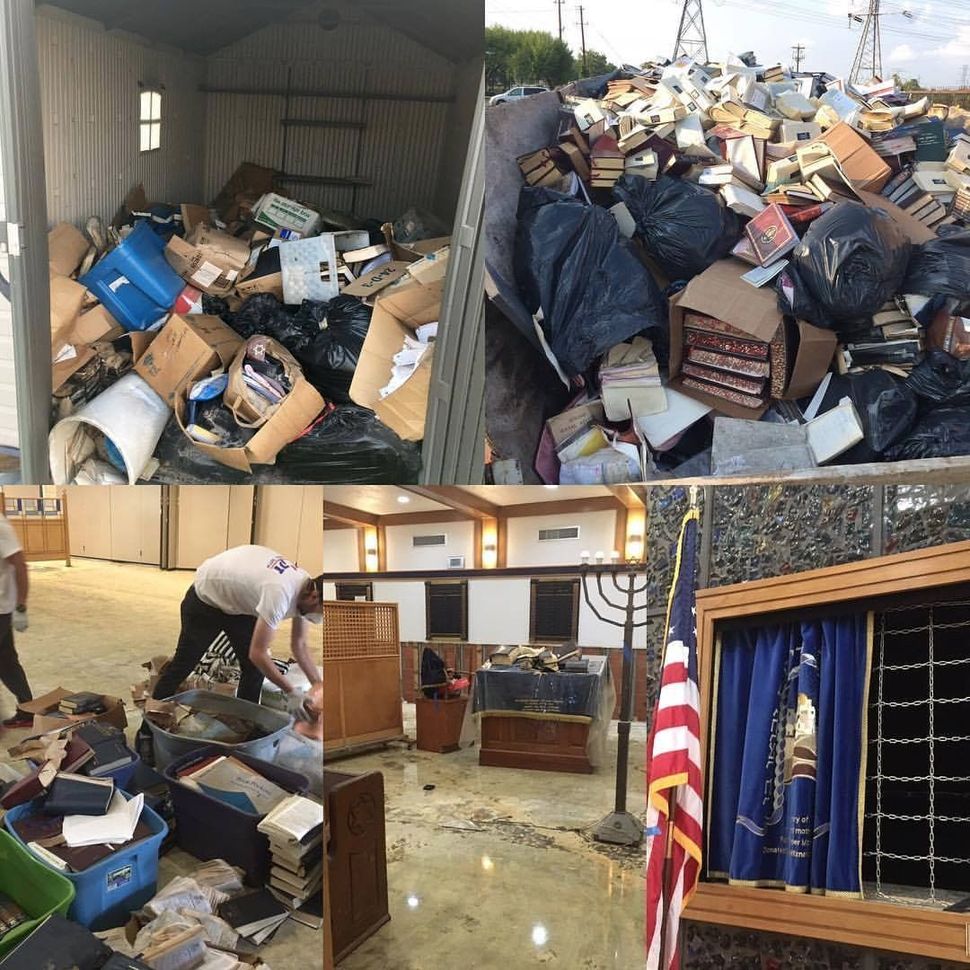 Scenes from the cleanup of Houston synagogues. Image by Facebook

WASHINGTON (JTA) — The U.S. House of Representatives approved a bill that allows federal disaster relief funds to go to houses of worship.

On Thursday, the House voted 251-169 to approve the bill. The vote was not strictly along party lines, although more Republicans than Democrats favored it. The Senate is considering a similar bill.

Relief funds from the Federal Emergency Management Agency, or FEMA, may not go to churches, synagogues and other houses of worship due to concerns about separation of church and state. Other institutions, like community centers or zoos, may receive the funds. The money reimburses the institutions for aid they provide to victims of natural disasters.

A bipartisan group of lawmakers has long pushed for the change. In September, amid a string of hurricanes ravaging the Gulf Coast and the Caribbean, President Trump tweeted his support for churches receiving FEMA funds.

The Orthodox Union, an umbrella Orthodox body that has advocated such a change for years, said the bill will mean synagogues receive fair treatment.

“For far too long, FEMA has unfairly excluded houses of worship from this otherwise religion-neutral program,” its Washington director, Nathan Diament, said in a statement. “This legislation will finally put an end to this unconstitutional discrimination and help houses of worship get the relief they need from FEMA to rebuild after being damaged in natural disasters. We call upon the Senate to pass this legislation as well.”

Also praising the bill was Agudath Israel of America, another Orthodox umbrella body.

“Houses of worship are an integral part of American communities and play an important role in assisting devastated neighborhoods revitalize and rebuild,” Rabbi Abba Cohen, Agudah’s Washington director, said in a statement. “After natural disasters, they provide emotional, spiritual and material help to those in need.”