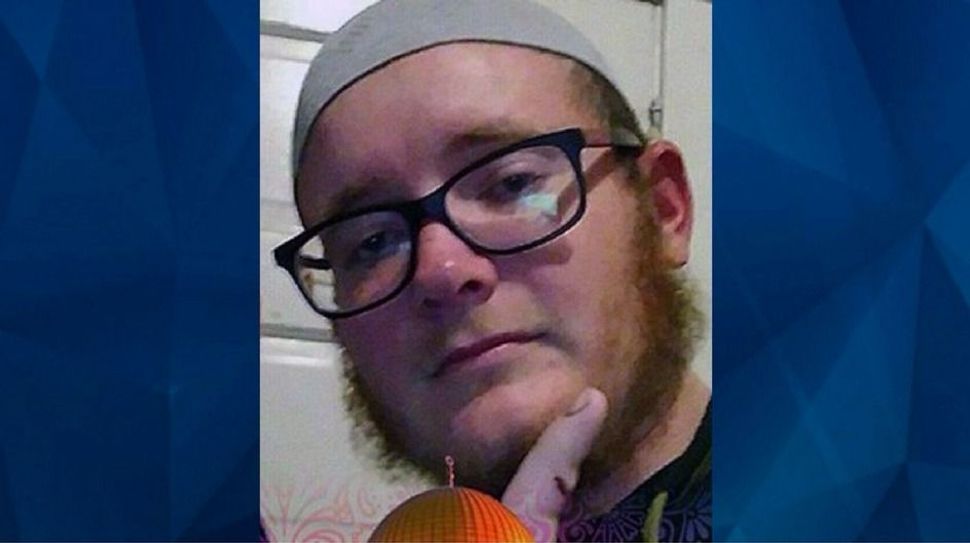 (JTA) — A former U.S. Marine arrested for plotting a Christmas Day terror attack in San Francisco said he was angry in part because U.S. President Donald Trump decided to “give away (Jerusalem) to the Jews,” according to the FBI.

Everitt Aaron Jameson, 26, of Modesto, California, was arrested and charged with attempting to provide material support to a foreign terrorist organization, the Justice Department said in a statement on Friday.

According to court documents, Jameson had several online contacts with a confidential source in which he expressed support for the Oct. 31 terrorist attack in New York City in which a man drove a truck down a bike lane, killing eight people, and offered his services for “the cause,” the Justice Department statement said.  In later contacts with an undercover FBI agent, Jameson referred to his training in the U.S. military and noted he had been trained for combat and war.

Jameson later met with another undercover agent whom he believed to be associated with the senior leadership of the Islamic State, and offered to carry out an attack along the lines of the New York City attack or a mass shooting attack on a San Bernardino County Health Department Christmas party in 2015, and to either travel to Syria or provide financial support for the terrorist organization.

Jameson suggested to the undercover agent the Christmas Day attack on Pier 39, a popular tourist destination which he said would be full of people and said that he already was familiar with the area and would not need to conduct reconnaissance. He also said he did not need an escape plan because he was “willing to die.”

Last week Jameson appeared to back out, telling an undercover agent, “I also don’t think I can do this after all. I’ve reconsidered,” according to the FBI.

His home was searched on Dec. 20, where investigators found firearms and ammunition, according to the complaint.

They found a will and a handwritten letter that said “you’ve allowed Donald Trump to give Al Quds away to the Jews,” referring to the president’s decision to recognize Jerusalem as Israel’s capital. The letter writer, identified as Abdallah Abu Everitt Ibn Gordon Al-Amriki, then says: “We have penetrated and infiltrated your disgusting country.”