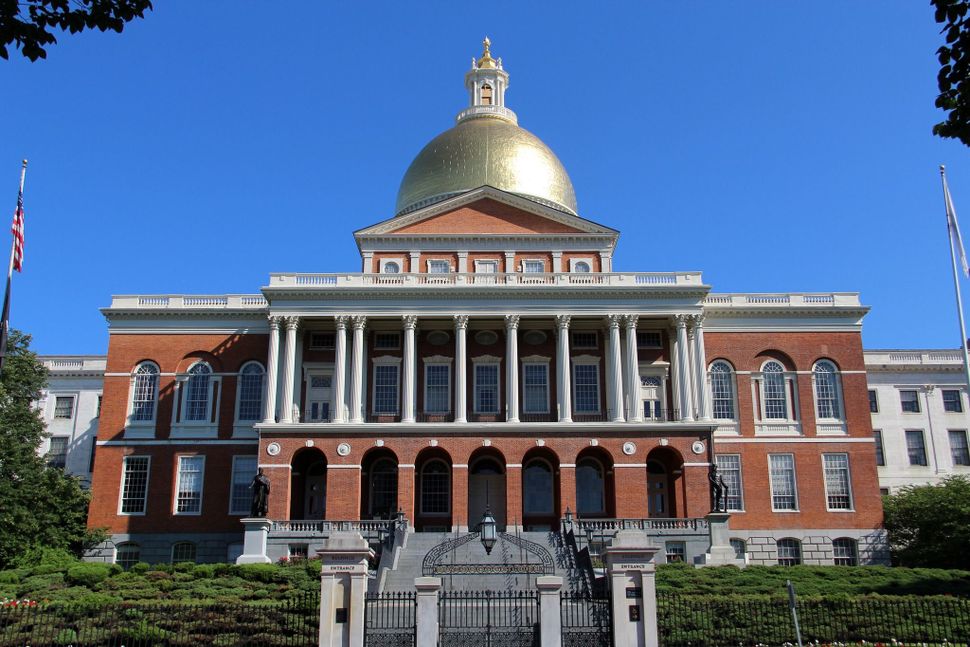 The Massachusetts State House in Boston. Image by cmh2315fl/flickr

(JTA) — Massachusetts’ secretary of state is wrestling with when to schedule the state’s primary ahead of the November 2018 general election.

The primary is usually held seven weeks before the general election. But for 2018 that would fall on September 18, or erev Yom Kippur.

According to Massachusetts state law, a primary must be move when it conflicts with a religious holiday, according to the Associated Press.

Secretary of State William Galvin has reached out to the public, including voters and candidates, for advice on how to handle the 2018 primary in light of the restrictions of the Jewish holidays.

He will hold a public meeting in Boston on January 2, 2018 on the issue, and also is accepting comments in writing, according to the AP.