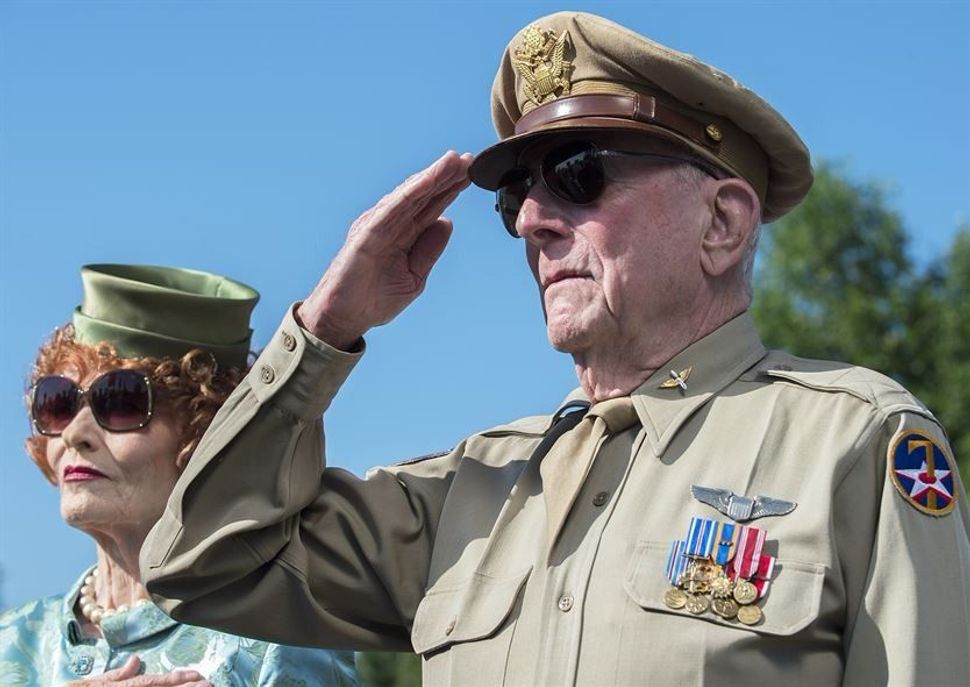 Yellin died Thursday in Florida at the home of one of his four sons after battling lung cancer. He was 93.

Yellin, a lieutenant in the U.S. in the 78th Fighter Squadron of the Army Air Forces, was leading an attack on Japanese airfields on Aug. 15, 1945 when Emperor Hirohito announced Japan’s surrender. When he returned to his base on Iwo Jima, Yellin learned that a cease-fire had taken hold, and that his squadron had not received the coded signal informing them to halt their attack, the last of the war.

Yellin’s wingman, Lt. Philip Schlamberg, 19, of Brooklyn, who Yellin had mentored, was shot down during that last raid, after having a premonition that he would not come out of the mission alive.

For years after his discharge, suffering from what is now known to be post-traumatic stress disorder, Yellin struggled to stay employed and moved many times in the United States and relocated for a time to Israel, partly in protest of the Vietnam War, according to the Stars and Stripes.

He received some relief through Transcendental Meditation, which his wife urged him to try after she saw the practice’s originator, Maharishi Mahesh Yogi, on “The Merv Griffin Show.”

Yellin spoke to other veterans who struggled to adapt to civilian life, and in 2010 he co-founded Operation Warrior Wellness, a division of the David Lynch Foundation that helps veterans learn Transcendental Meditation. Yellin received support in promotional videos by actress Scarlett Johansson, a grandniece of Schlamberg.

Yellin’s son moved to Japan after college and married a Japanese woman whose father had trained as a kamikaze pilot and worked at an airfield during World War II. The fathers bonded over discussing their flying strategies and experiences during the war with the help of a translator, and became life-long friends, according to Stars and Stripes.