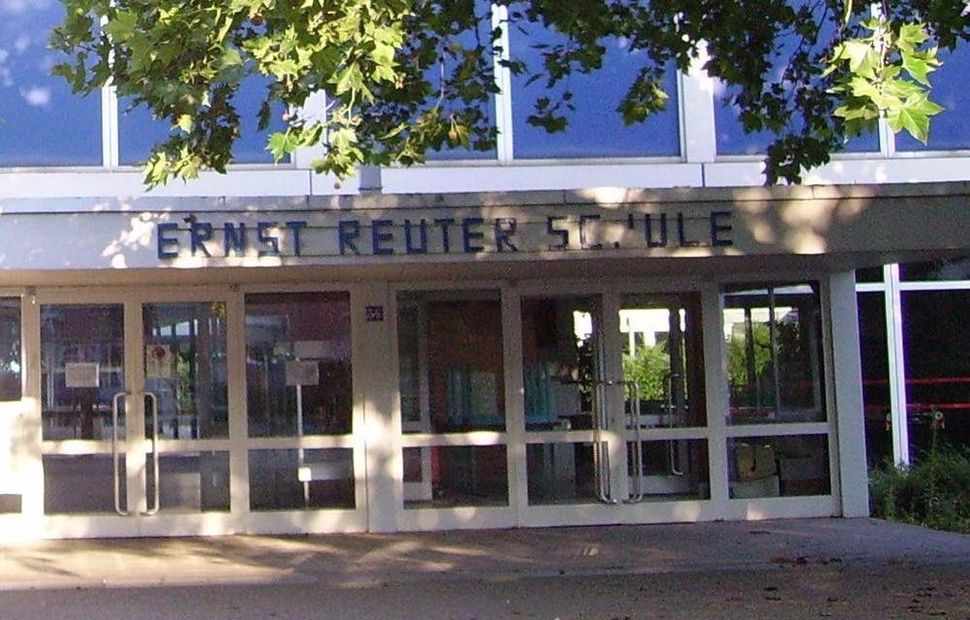 The Ernst-Reuter Schule in north Berlin. Image by Facebook

Arab students reportedly yelled epithets and threats at a Jewish student in a high school in Berlin, the Berliner Zeitung reported.

During a discussion about Israel, the Jewish student expressed his opposition to a Palestinian state. A few students responded by telling him that “Hitler was a good man because he murdered Jews,” and that Jews should be “decapitated.” They also accused the Jewish teen of “murdering children.”

The anti-Semitic bullying happened at the Ernst-Reuter Schule in north Berlin. The Jewish student says he has often been bullied for being Jewish.

“I tried to stay calm, to smile and to present facts, but I decided to break my silence on the comment about Hitler,” he said.

Due to this incident and others, the Jewish student is not allowed to go outside during recess because the school’s administration fears he will be attacked.

The principal of the school said in a statement that the bullying showed an “anti-Semitic, anti-Jewish and anti-Israel attitude that prompted us to respond and we will continue to do so. We will take steps that will ensure that these instances are not covered up.”