He Said Berlin Didn’t Need A Shoah Memorial. So They Built One In His Backyard. 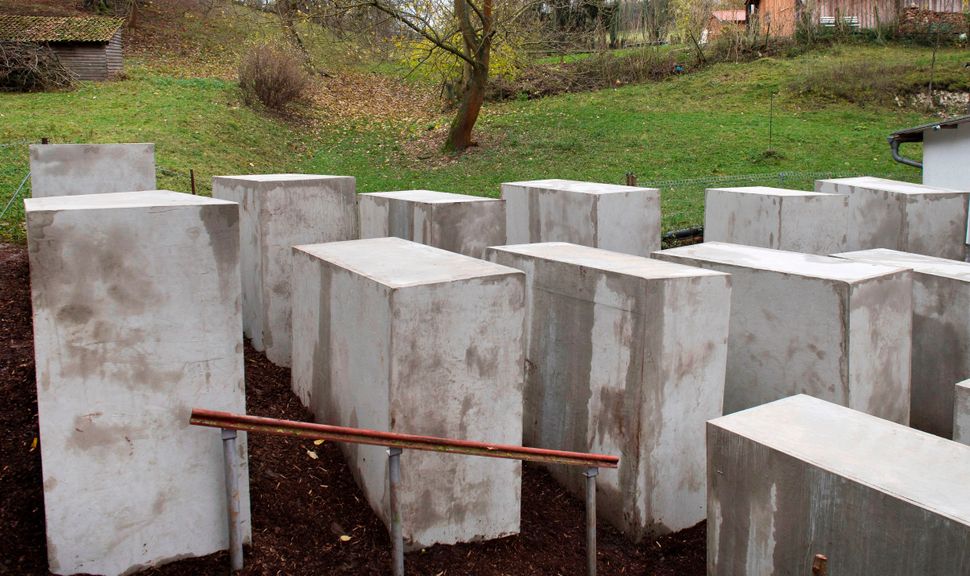 Activists have built a model of Berlin’s Holocaust memorial outside the home of far-right German politician Björn Höcke after he said the country shouldn’t have a World War II museum in its capital.

At a rally in Dresden in January, Höcke called on Germans to make a “180 degree” turn in the way they viewed their history and role in the Holocaust.

“We Germans… are the only nation in the world that has planted a monument to shame in the heart of its capital,” said Höcke, a leader in the far-right Alternative for Germany party.

His comments caused a national uproar. In response, an artist collective known as the Center for Political Beauty rented the house next door to his in the town of Bornhagen. Last month, they erected on that land a smaller replica of the Berlin memorial to the European Jews murdered by the Nazis.

There are 24 rectangular concrete blocks, made to look like the original monument and rebuilt to scale — with each slab rotated 180 degrees as a response to Hocke’s statement.

“We wanted to remind Mr. Höcke that he can turn German history however much he likes, it doesn’t change,” the co-founder of the Center for Political Beauty, Philipp Ruch, told the New York Times. The protest group even runs a live video stream of the slabs.

Since the artwork was unveiled last month, the town has become the site of protest. Some locals think the activists have gone too far and are invading Höcke’s privacy by taking photos of the politician’s house and turning the town into a media hotspot. The controversy has also highlighted the rise of Alternative for Germany, which won 34 percent of the vote in Bornhagen during the most recent elections, more than twice the national average.

He Said Berlin Didn’t Need A Shoah Memorial. So They Built One In His Backyard.