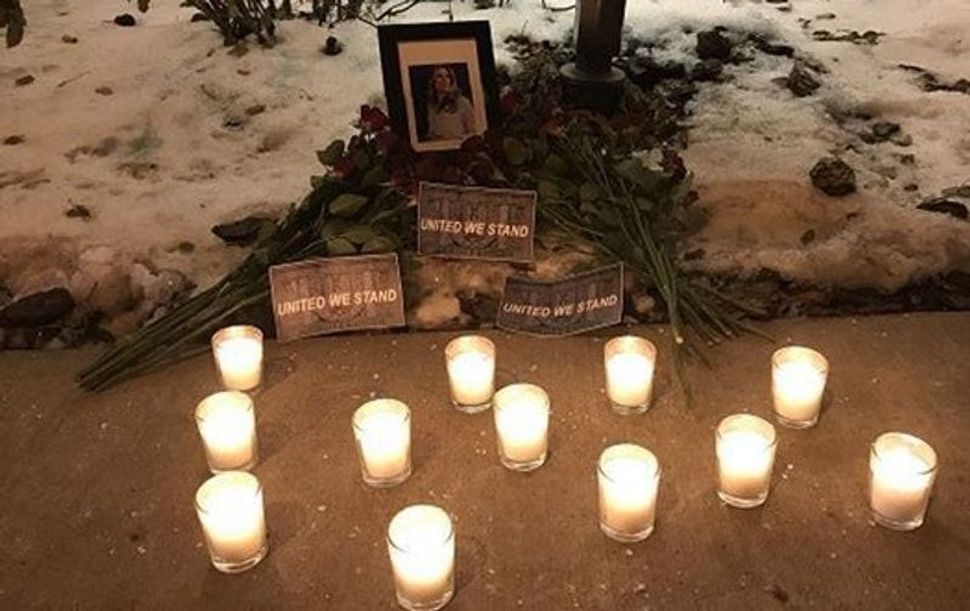 The Minneapolis mayor-elect condemned a small shrine to a slain woman which was created by white nationalists, CBS reported. Identity Evropa, a prominent white nationalist group with roots in Europe, left candles, a picture of Justine Damond and a sign — “UNITED WE STAND” — outside a police station in Minneapolis on Friday.

Damond, who was Australian, was killed in July by an Somali-American police officer when she approached a police vehicle. She had just called 911 about a possible sexual assault taking place in the alley behind her home.

Identity Evropa claimed responsibility for the shrine in a tweet.

One family will be having an incomplete Christmas this year. On Friday, Identity Evropa activists created a shrine for Justine Damond at the 5th Precinct in Minneapolis, MN, where her Somali-born killer – whom a judge recently decided not to charge – was assigned. pic.twitter.com/bzPntJq0aO


“On Friday, Identity Evropa activists created a shrine for Justine Ruszczyk Damond at the 5th Precinct in Minneapolis, MN where her Somali-born killer … was assigned,” the group tweeted.

“Identity Evropa and those who share their values have no place in our city,” said Jacob Frey, Minneapolis’ mayor-elect. “Hate has no place in Minneapolis. Period.”