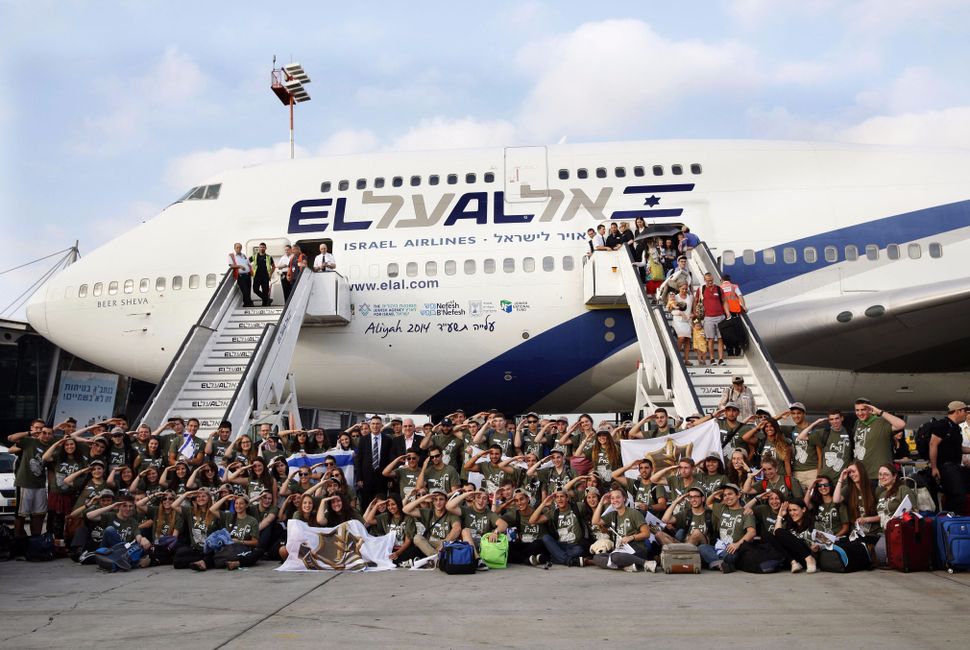 Israeli President Reuven Rivlin poses with new immigrants to Israel planning to join the Israeli army in 2014. Image by Getty

(JTA) — With the arrival of a flight carrying 93 new immigrants, a total of 3,633 people from North America made aliyah in 2017, Nefesh B’Nefesh reported.

The group flight that landed at Ben Gurion International Airport on Wednesday included 15 future lone soldiers and a soon-to-be bride, according to the organization which, in cooperation with Israel’s Ministry of Aliyah and Integration, The Jewish Agency for Israel, Keren Kayemeth LeIsrael and JNF-USA, helps facilitate aliyah from North America and the United Kingdom.

Another 103 Americans and Canadians already living or studying in Israel made aliyah on Wednesday at the Nefesh B’Nefesh offices in Jerusalem.

Many of the 3,633 new immigrants arrived on 19 special Aliyah flights from North America, bringing 377 families with 677 children, and an additional 1,677 singles. The oldest immigrant in 2017 was 102, and the youngest five weeks old, according to NBN. Most of the new immigrants settled in Jerusalem, Tel Aviv, Ra’anana, and Netanya.