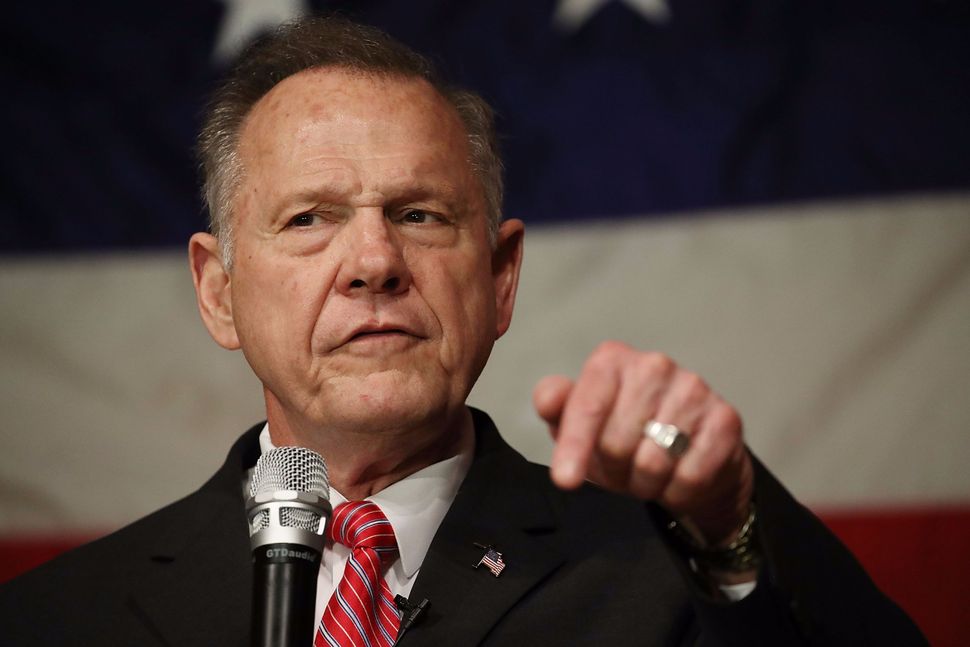 Roy Moore, the Republican nominee who lost the Senate election in Alabama earlier this month, filed a last minute-legal complaint alleging election fraud and asking the state not to confirm that his opponent won.

Moore, who refused to concede on election night that he lost to Democratic opponent Doug Jones, argued in state court that Alabama “will suffer irreparable harm if the election results are certified without preserving and investigating all the evidence of potential fraud.”

His complaint cited three “experts” who argued in affidavits that voter fraud occurred. One of those experts, James Condit, Jr., has previously written and spoken about Zionist control of the media, the Nazi Party and the Catholic Church, that Israel played a role in the September 11, 2001 terror attacks, and that it was “preposterous” that six million Jews died in the Holocaust or that there were gas chambers at Auschwitz.

In a pre-election rally, Moore’s wife Kayla said that allegations that Moore was anti-Semitic were “fake news.”

“One of our attorneys is a Jew,” she said. “We have very close friends that are Jewish and rabbis and we also fellowship with them.”

Another of Moore’s “experts,” Richard Charnin, claims to have “mathematically” proven that there was a conspiracy to kill former President John F. Kennedy.

Alabama Secretary of State John Merrill, who oversees the state’s elections, had pledged to certify Jones’s victory on Thursday.