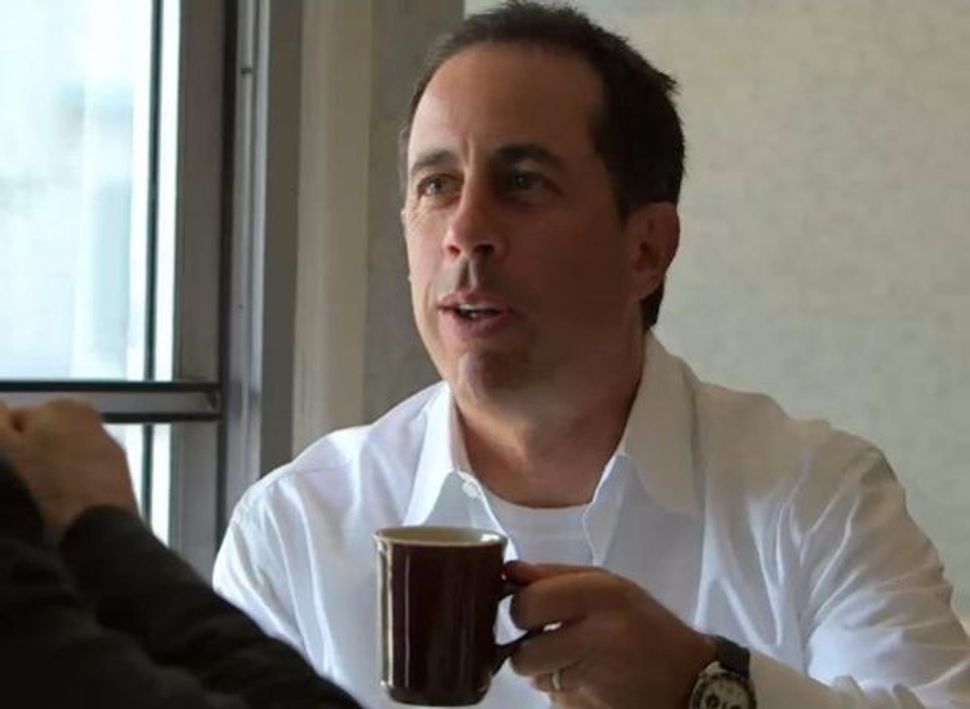 Jerry Seinfeld in an episode of his series “Comedians In Cars Getting Coffee.” Image by YouTube

(JTA) – Hours after landing in Israel, the comedian Jerry Seinfeld was spotted at a falafel eatery in Tel Aviv ahead of his two shows there.

Wearing a blue polo shirt and a baseball cap emblazoned with the initial NY, Seinfeld was photographed ordering the portion on Friday at Falafel Hakosem, an eatery situated half a mile east of the U.S. Embassy in Israel, which Channel 2’s food critic earlier this year proclaimed the best in Tel Aviv.

Seinfield, one of the best known Jewish comedians, is scheduled to perform at Tel Aviv’s Menorah Mivtachim Arena on Saturday night. He performed four sold-out shows in a row at the arena during his previous visit to Israel in 2015.

In September, Seinfeld, who is Jewish, released a new comedy special on Netflix, titled Jerry Before Seinfeld.