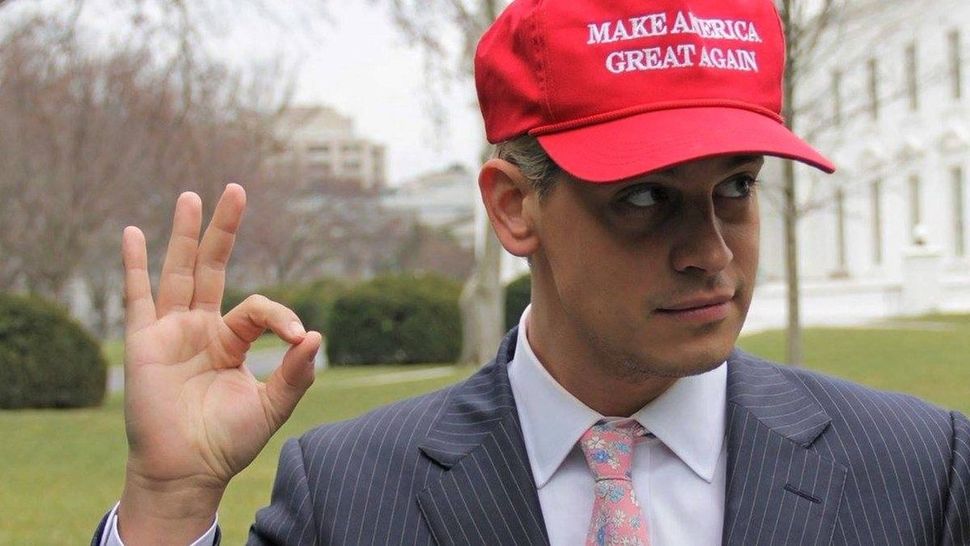 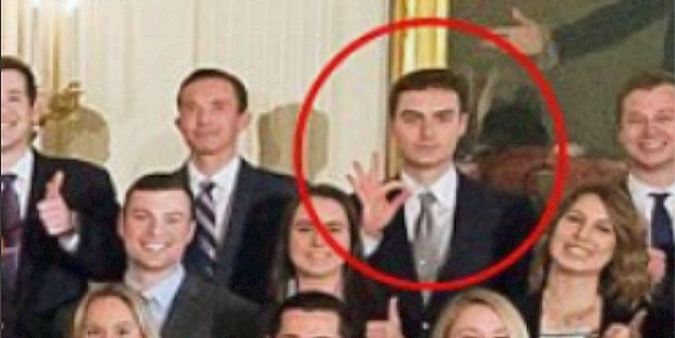 The gesture has been used by far-right conspiracy theorists like Milo Yiannopoulos, Mike Cernovich and Laura Loomer, as well as white nationalists like Richard Spencer. Subtler than a “sieg heil” Nazi salute, the white power signal, when made with the right hand facing the camera, supposedly makes a “W” with the three outstretched fingers and a “P” with the thumb and forefinger.

The gesture started as an elaborate internet hoax, or troll, concocted by users of the anonymous internet forum 4chan. But it has now has taken on a life of its own as a kind of shibboleth for white nationalists and their far right sympathizers. 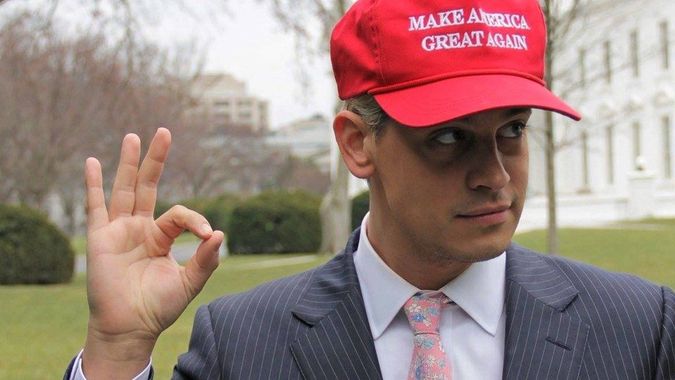 The picture — a “class photo” of the dozens of White House interns — was mailed out in seasons greetings cards before Christmas.

“It is a distinct symbol known in alt-right circles and what makes it worse is that he is doing it in the East Room just below the portrait of George Washington,” another White House intern told the Daily Mail.

Breuer worked as an intern for Stephen Miller, Trump’s senior adviser for policy. Miller has been the driving force behind Trump’s Muslim bans and other immigration reforms.