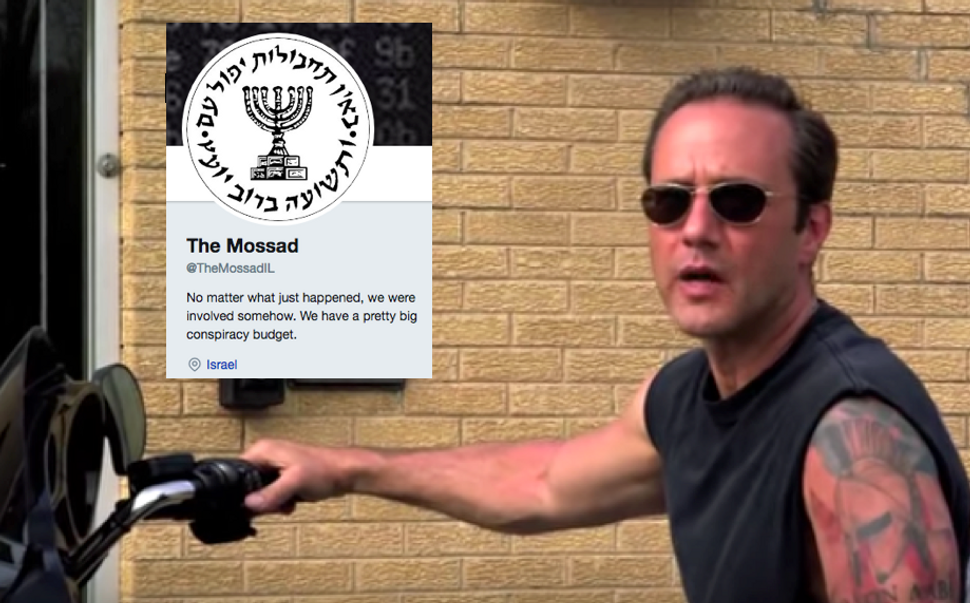 Paul Nehlen tweeted screen-grabs of a Twitter account professing itself to be run by the Mossad, with the message “I notice things @FBI.” Something he didn’t notice: The account is a parody.

Nehlen, a Wisconsin businessman running to unseat House Majority Leader Paul Ryan, has consistently made anti-Semitic statements and referenced anti-Semitic books and other content on his Twitter feed. His behavior earned him a rare rebuke from Breitbart, which distanced itself from his campaign.

On Thursday, Nehlen tweeted about the Twitter account @MossadIL, which has the Mossad’s logo as its profile picture.

*Typo corrected* Just want everyone to get a look at some of the tweets being sent to the Israeli Mossad @TheMossadIL by American citizens. I notice things @FBI I only regret that I have but one life to lose for my country.- Nathan Hale#GZF #AmericaFirst pic.twitter.com/9zyGb2gQTA

The @MossadIL account is an apparently pro-Israel satire account. They recently tweeted about some of the conspiracy theories that have implicated the Mossad this year.


Nehlen often retweets prominent conspiracy theorists like Jack Posobiec and Mike Cernovich. He recently tweeted that he was reading a book by Kevin MacDonald, known as the “neo-Nazi movement’s favorite academic.”