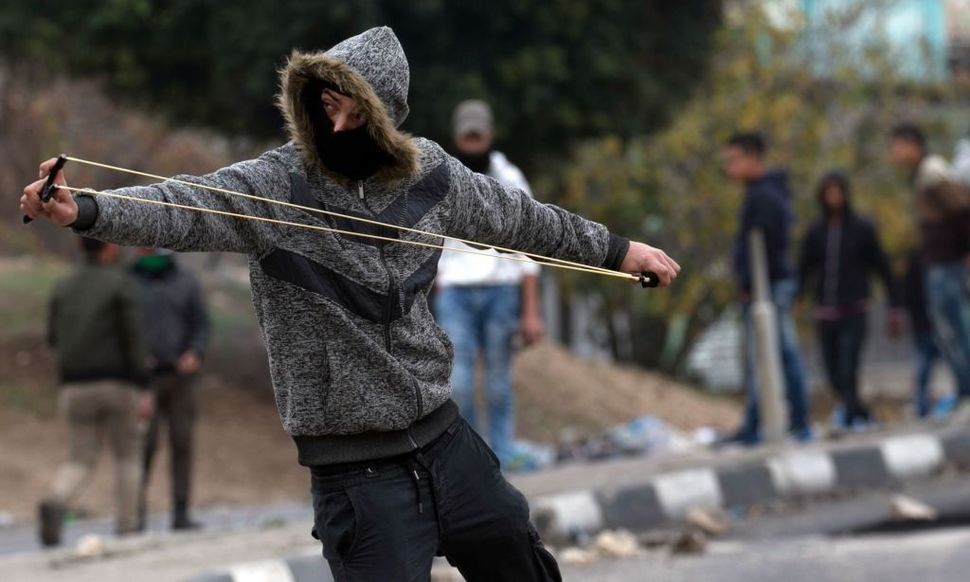 A Palestinian protestor hurls rocks towards Israeli security forces during clashes at Hawara checkpoint, south of the West Bank city of Nablus, during clashes following a demonstration on December 29, 2017. Image by JAAFAR ASHTIYEH/AFP/Getty Images

JERUSALEM (JTA) — A Palestinian teen believed to be carrying a gun was shot and killed by Israeli soldiers at a violent protest in the West Bank.

The Israeli military said the teen was among some 30 Palestinian throwing rocks at Israeli troops on Wednesday afternoon in the village of Deir Nidham. Soldiers opened fire after they saw the teen holding what appeared to be a gun, according to reports.

Palestinian media reports identified the teen killed as Musab Firas Tamimi, 17, of Deir Nidham. He was pronounced dead at a hospital in Ramallah.

An army spokesman told The Times of Israel that is was not immediately confirmed whether the teen was actually carrying a gun, and that the circumstances were being investigated.