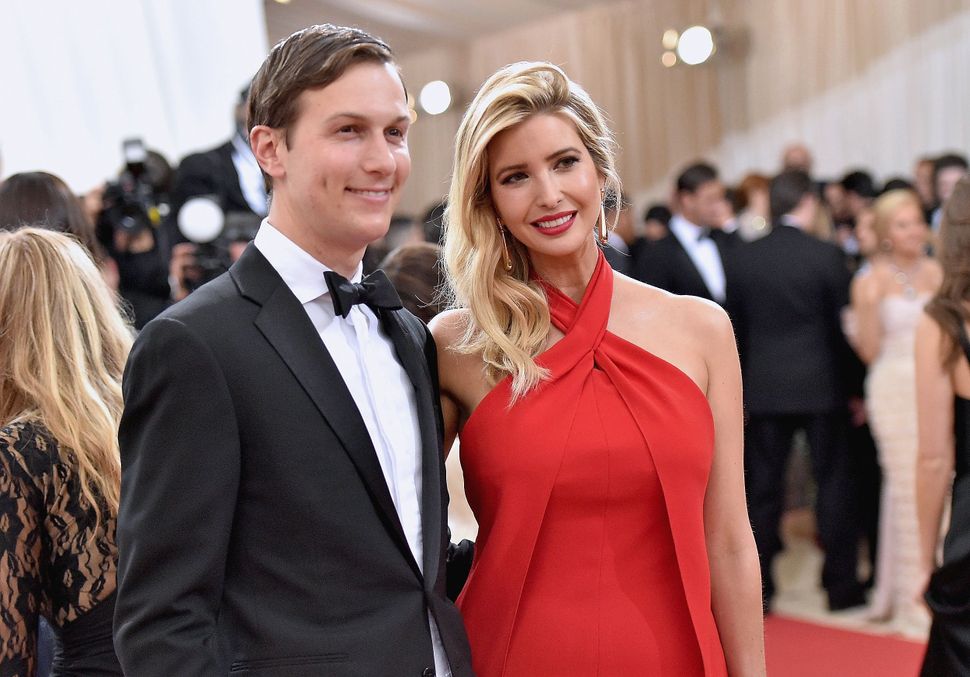 A blockbuster new book by journalist Michael Wolff promises many revelations about the inner workings of the Trump White House. An excerpt published Wednesday in New York magazine reveals more about Jared Kushner and Ivanka Trump’s fraught first year in Washington. Here are some of the best stories:

Wolff claims that Kushner, along with Donald Trump and other members of his staff, expected to lose the 2016 presidential election. Once Trump won and needed to appoint a chief of staff, Wolff writes, the president-elect “had no interest in appointing a strong chief of staff with a deep knowledge of Washington” and considered hiring Kushner, who had no political experience.

According to Wolfe, conservative pundit Ann Coulter talked him out of it. “Nobody is apparently telling you this,” she told him. “But you can’t. You just can’t hire your children.”

But Kushner and Ivanka Trump chose to take on unpaid roles in the White House nonetheless, “over the advice of almost everyone they knew. It was a joint decision by the couple, and, in some sense, a joint job. Between themselves, the two had made an earnest deal: If sometime in the future the opportunity arose, she’d be the one to run for president. The first woman president, Ivanka entertained, would not be Hillary Clinton; it would be Ivanka Trump.”

When White House Chief Strategist Steve Bannon heard of that, he reportedly was horrified. “They didn’t say that?” he said. “Stop. Oh, come on. They didn’t actually say that? Please don’t tell me that. Oh my God.”

Scarborough praised the president for having invited representatives from steel unions to a meeting. Kushner interjected that that was “the Bannon way.”

“Bannon?” Trump interjected. “That wasn’t Bannon’s idea. That was my idea. It’s the Trump way, not the Bannon way.”

Kushner “retreated from the discussion,” according to Wolff.

But soon after, the two co-hosts, who would soon announce their engagement, talked to Trump about their relationship.

“You guys should just get married,” Trump said.

“I can marry you! I’m an internet Unitarian minister,” Kushner piped in.

“What?” said the president. “What are you talking about? Why would they want you to marry them when I could marry them? When they could be married by the president! At Mar-a-Lago!”

What Are The White House’s Priorities?

The excerpt ends with an anecdote about Chief of Staff Reince Priebus’s top deputy, Katie Walsh, expressing her frustration about getting contradictory orders from Priebus, Bannon and Kushner. In early March, she reportedly confronted Kushner: “Just give me the three things the president wants to focus on,” she demanded. “What are the three priorities of this White House?”

Kushner reportedly was unable to answer.

“Yes,” he replied. “We should probably have that conversation.”